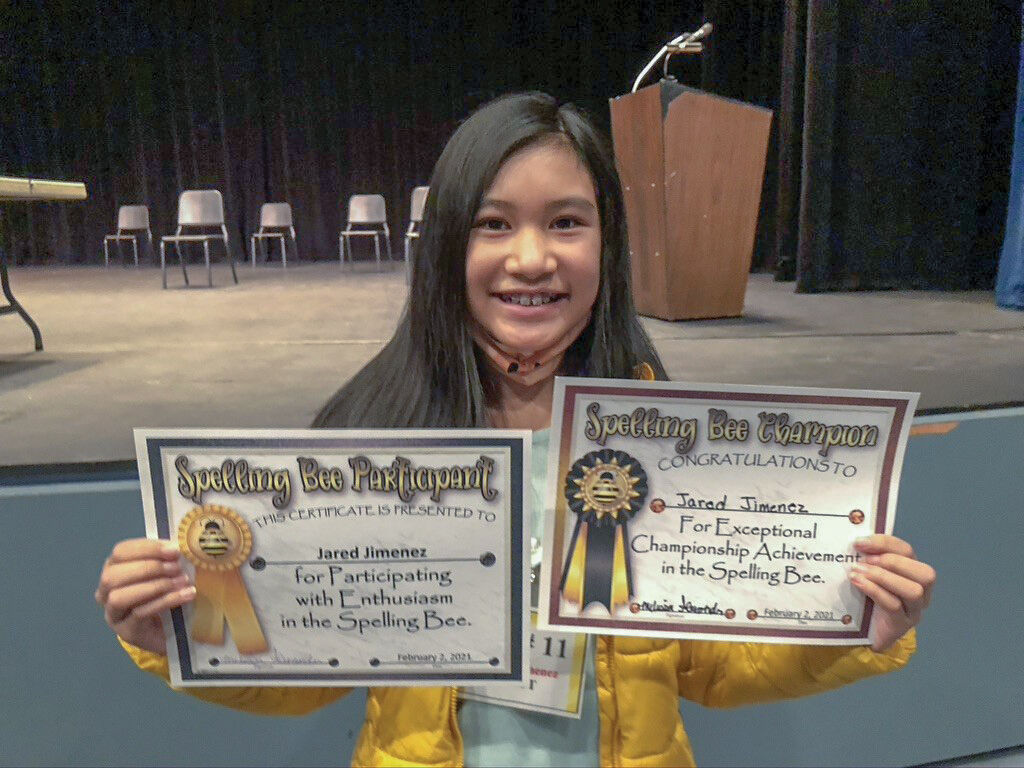 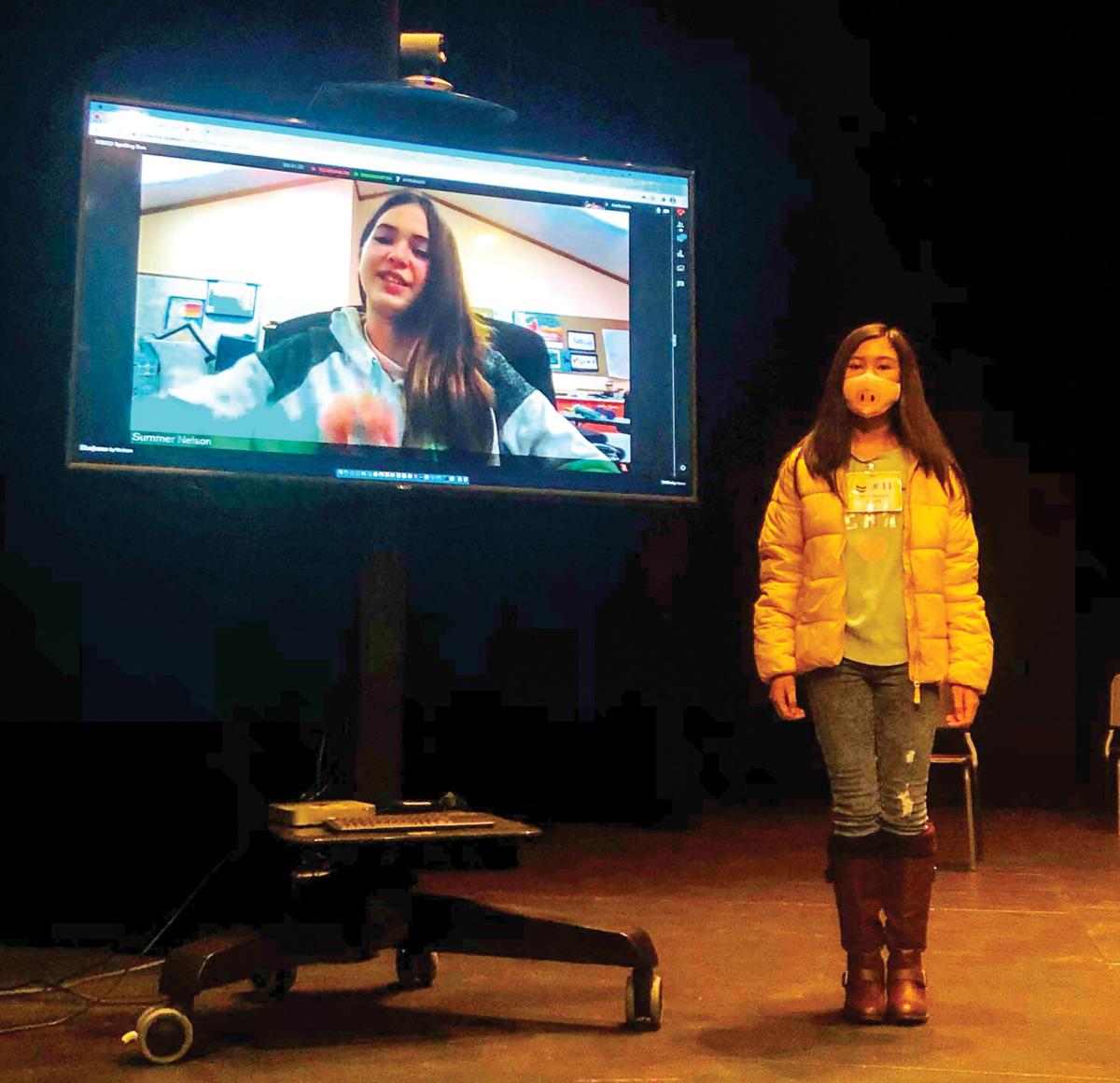 The Cambridge Dictionary defines “knickerbocker” as “short, loose pants that fit tightly below the knee, worn especially in the past.”

Jared Jimenez, a fifth grader at East Elementary, wasn’t sure what the word meant when she first heard it at last week’s school district spelling bee.

But she knew how to spell it, even with the sneaky silent “k” at the front.

By acing the spelling of that word, plus others like “testosterone,” “colonel” and “disgorge,” Jared claimed the crown for district-wide spelling bee champion.

It was Jared’s second try at the bee. Melvin Jimenez, her dad, had competed in a spelling bee when he was growing up in the Philippines. He helped her practice.

“I want my kids to be part of this contest too,” he said.

Last year, they didn’t have time to prepare. But this year, he said they trained for about two hours a day for about five days to get ready for the bee.

“This time, when she told me she would be joining the spelling bee again, I was like, ‘Okay, if that’s your passion, then I’m going to be supporting you with whatever it takes us,’” Jimenez said.

Jared said she’d write down words she didn’t know and study their meaning and origin, and also watch YouTube videos about how they were pronounced.

“So when they said that word, I would know how to spell it,” she said.

She said “disgorge” was the trickiest word in the bee.

“I thought that was the one I would get wrong,” she said.

She also had to be careful to ask for the definition of the words. Her third word was “colonel,” which could have been confused with “kernel.”

She encouraged anyone who wanted to try to compete in spelling bees to do it.

“I think you should just try your best and don’t be embarrassed if you get a word wrong or something,” she said.

Jared will advance on to the statewide bee from here.

“I’m excited and nervous at the same time,” she said.

COVID-19 canceled much of 2020. Now, organizers are looking to come back amid the pandemic

Mahla Strohmaier, executive director of the Tanana Valley State Fair Association, said she is feeling hopeful about hosting a fair in 2021 in part due to ongoing COVID-19 vaccinations.

Greg Allen, CEO of Callan Associates, compared the Permanent Fund to a “forest or fishery. There is only so much it can give before you destroy its ability to give at all. If you raid it now, you won’t have it later.”