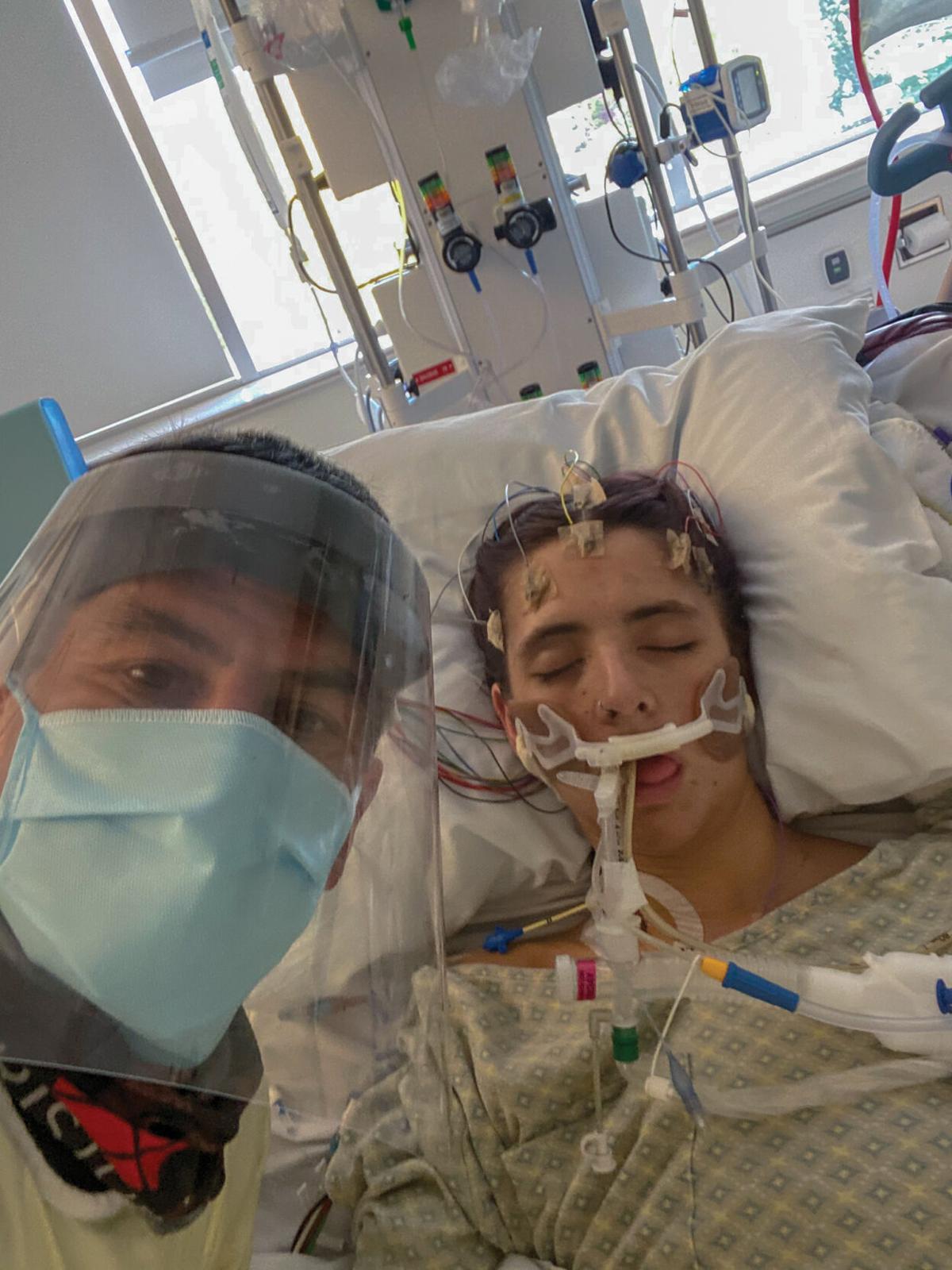 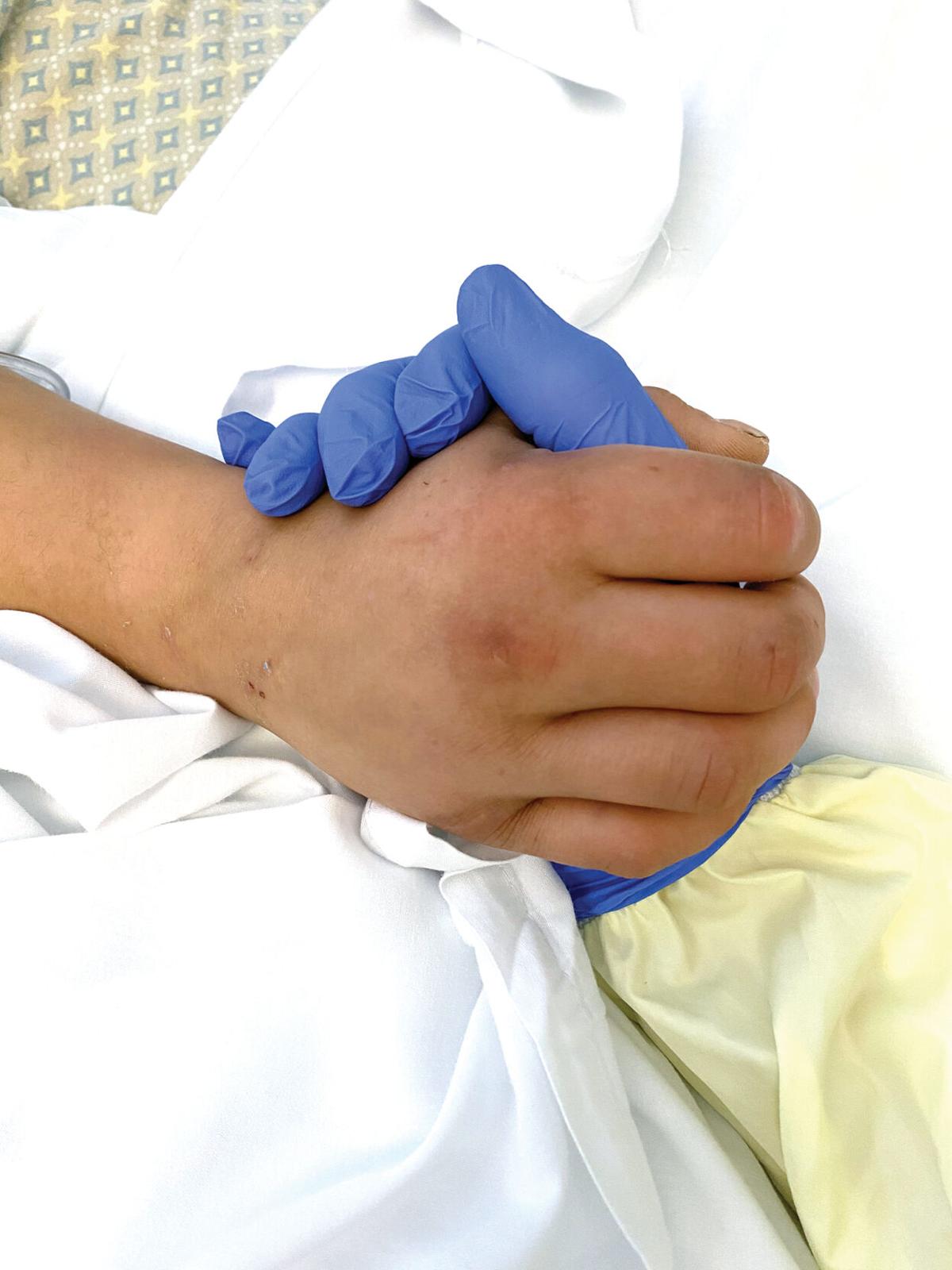 After camping outside Providence Alaska Medical Center in Anchorage since Sept. 10, Marvin Abbott of Kodiak finally got to see his daughter.

Rachelle Abbott has been in a medically induced coma since Sept. 6. She was flown from Kodiak to Anchorage after suffering a severe asthma attack, but her father has not been able to visit her in the intensive care unit because of Providence’s restrictive COVID-19 visitation rules.

For the past week, he’s been camping on the sidewalk outside the hospital in protest.

But on Thursday, Providence officials allowed Abbott — decked out in a medical gown, a mask, face shield and gloves — inside the ICU to visit Rachelle for one hour.

“At the moment I am glowing, because I got to hold my daughter’s hand, I got to be next to her, I got to talk to her, I got to see her and she looks better than when I last saw her,’ Abbott said immediately after the visit.

“She looked good. I just need her to get healthy … I probably talked 50 minutes of the hour. I just talked to her and told her stories and let her know that I’m here. ”

Rachelle’s condition is listed as stable, but she has not managed to come off life support.

“If we took her off any of these machines, she wouldn’t be with us very long,” Abbott said.

The visitation policy has not changed, a Providence spokesperson said. Abbott was just granted an exemption. He thinks his persistence has something to with his admittance.

Lisa Butler, a Palmer woman whose husband has been in the ICU for weeks after a four-wheeler accident, posted to Facebook on Sept. 17 that she would be able to see her husband sometime next week. She too had been protesting the hospital’s visitation rules.

Abbott is not sure if he’ll be given another visit in the future. But he’s not going to leave his campsite on the hospital’s lawn anytime soon.

“I’m not going anywhere,” he said.