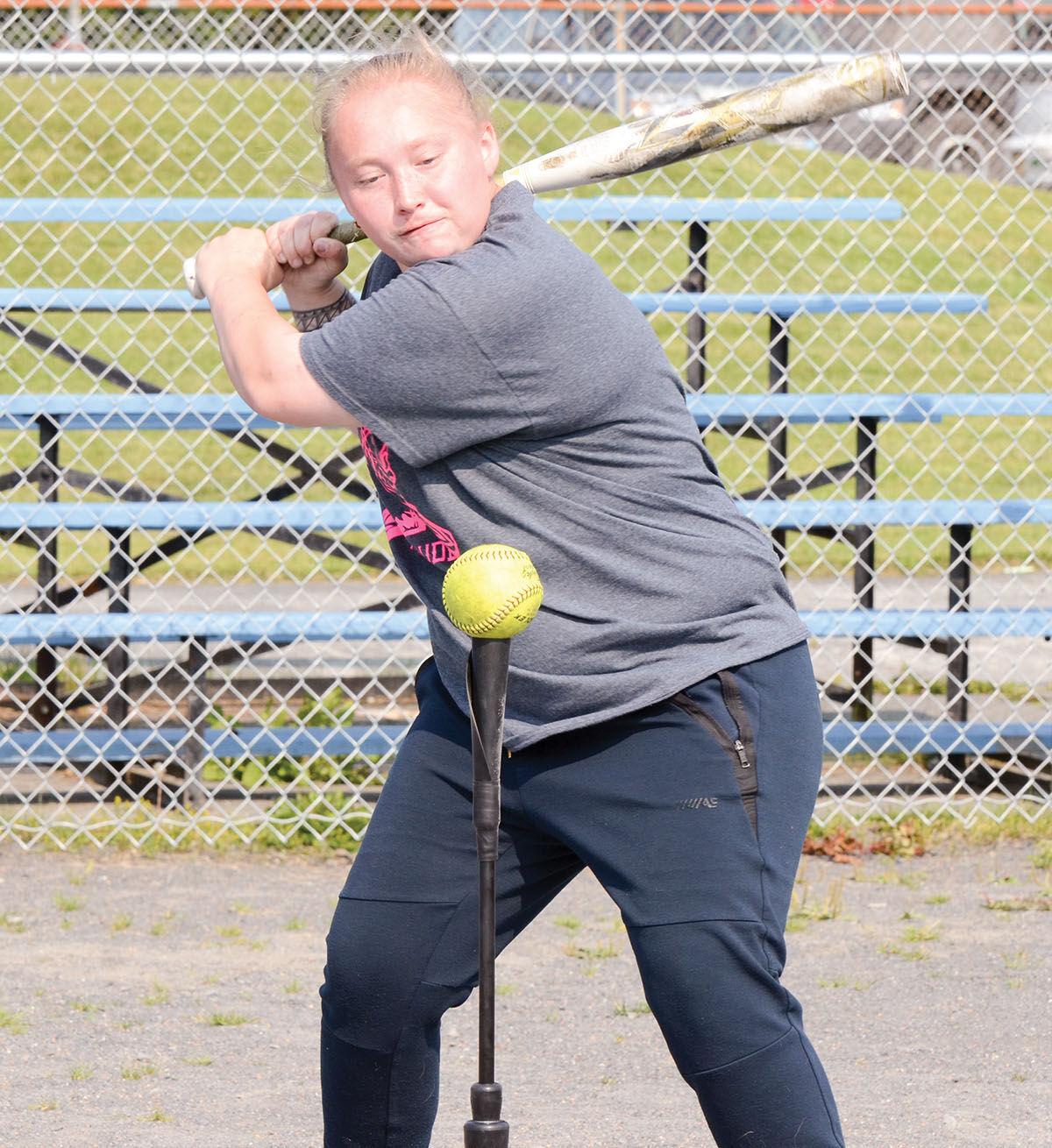 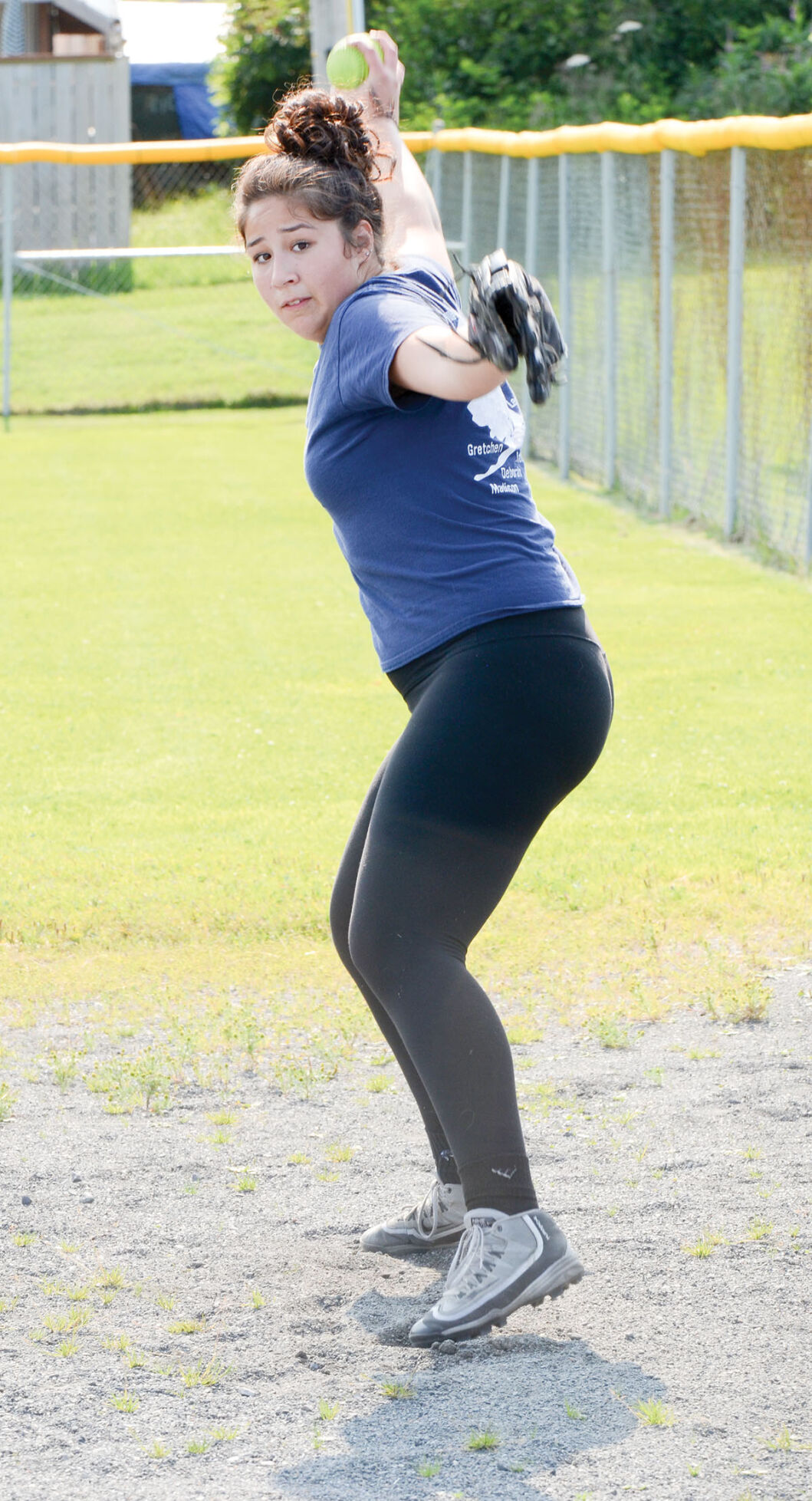 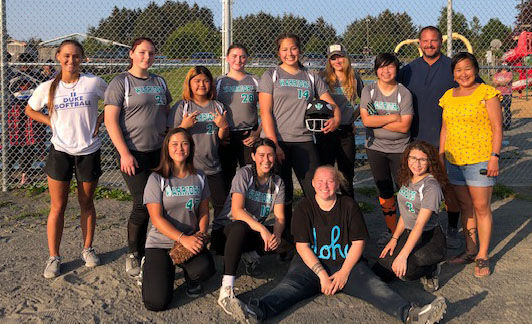 The Island Warriors 18U softball team.

The Island Warriors 18U softball team.

Ava Pruitt and Aurora Berg were crushed when the coronavirus pandemic wiped out their senior softball seasons.

They both thought their softball careers were over. Not so fast. They have been given a second chance. A two-out, bottom of the seventh inning rally.

The two recent Kodiak High School graduates are suiting up today for the newly formed Island Warriors, The Rock’s first foray into USA Softball. The team competes in the 18U division of the State Junior Olympics Tournament at Loretta French Fields in Eagle River. The tournament, which features pool play and a double-elimination bracket, concludes Sunday.

“It is exciting,” Pruitt said. “I feel like I lost a lot of experiences that I will never get back, and this is making up for it.”

Pruitt and Berg never balked at the idea of playing summer ball. They were both on the field when head coach Tom Bolen organized the first practice on June 8. They have seldom missed a practice since, and now they are getting rewarded as the two balanced softball and summer jobs.

When Bolen created the Island Warriors, he had hoped to attend three mainland tournaments. As the summer days passed, and positive COVID-19 cases hit record highs, traveling to a tournament was becoming an afterthought. Bolen, also the Kodiak High softball coach, felt the heartbreak of the spring season’s cancellation and didn’t want to put the girls through that again.

He made this trip happen.

“I’m so happy for them to be able to play, more so than any other girl,” Bolen said. “I can’t imagine looking back, after playing baseball, football and wrestling, for them to tell me my senior year was done - that would have hurt.”

Since middle school, Berg has been playing softball and was penciled in to be the captain of this year’s high school team. She is looking forward to snagging hot shots hit to her at shortstop.

“I like when we are playing really big teams, and they think, since we are Kodiak and are a really small team, we can hit past them. They don’t assume we can stop the balls,” Berg said.

The Island Warriors are one of seven teams competing and are grouped with AK Krush, Firecrackers and Alaska North Stars in Pool A. Kodiak’s first game is 5 p.m. today against the North Stars out of Fairbanks.

Arctic Heat, Tsunami and The Cougars make up Pool B. The seven teams will then be seeded into Saturday’s bracket play after today’s games.

Bolen is eager to give signs to his hitters from the third-base coach’s box for the first time since June 2019 when Kodiak High placed third at the Division II state tournament.

“I don’t know who is more excited, the players or the coaching staff,” he said. “I can not wait to get out there and see familiar faces - players and competitive coaches.”

Bolen said he held a team tryout, and 10 girls made the cut. Four of the girls — Leslie Spear, Berg, Pruitt and Cyana Medrano — were part of the 2019 high school team. The remaining six — Niana Llamos, Shanoah Spear, Ashlyn Bolen, Alison Narog, Anastasia Solomon and Kyla Pineda — are rising freshmen and sophomores. Two off-island players — one from Juneau and the other from Ketchikan — are joining the team in Eagle River.

“For a brief moment, we are putting the craziness that is going on in this country and the virus behind us,” Bolen said. “It will never be out of our mind, but for a weekend, these girls can put it aside and play ball.”

Bolen understands he is traveling to a community that has seen a rapid rise in COVID-19 cases and will take precautions. The team is staying at a church and will not be doing anything but play softball. His top priority is to keep the girls safe.

“We are going to minimize our travel,” Bolen said. “I told the girls there will not be malls … they know we are going to concentrate on playing ball.”

The process to become affiliated with USA Softball was easy and required paperwork, registering players and purchasing insurance. The program held a carwash fundraiser, which raised $2,500. That money was used to buy equipment and uniforms — black pants and charcoal tops.

Bolen said the entire program, which also includes a 14U team, has about 28 players. The 14U team decided not to travel this summer.

“This year is kind of like the bad news bears. We are kind of picking and grabbing from here to make this successful, and that is fine. We are going to earn it,” Bolen said.

Most of all, this tournament is all about giving Pruitt and Berg an opportunity to finish their careers.

“Hopefully, I can play good softball and make some memories,” said Pruitt, who will be leaving for Central Washington University in September.

COVID-19 cases increase by 94 in Alaska

Alaska recorded 94 new cases of COVID-19 among the state’s residents on Saturday, according to Sunday’s daily update from the Department of Health and Social Services.

HVive Denning did not speak for the first seven years of her life. Now, as an educator and volunteer at the Literacy Council of Alaska, she helps others find their voice.

“The United States is an Arctic nation, and the region continues to play an essential role in meeting our nation’s energy needs, as well as those of our friends and allies,” Brouillette said in a statement.