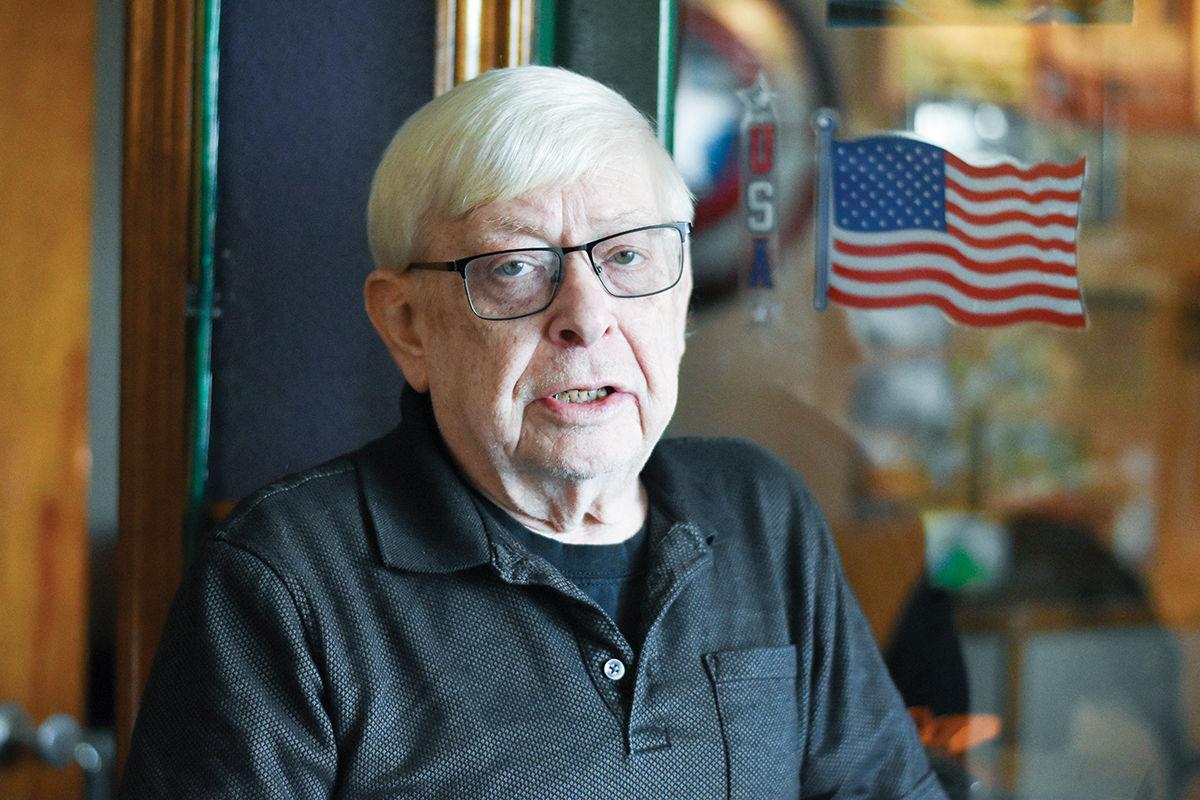 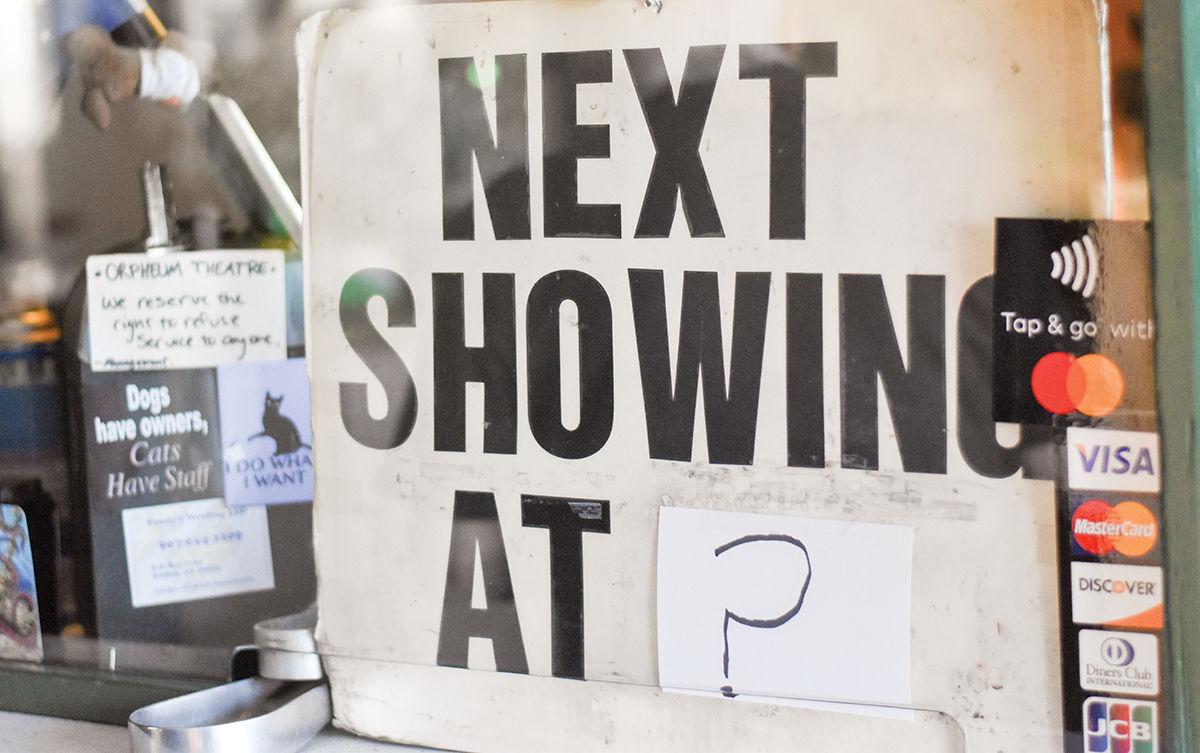 With the state government mandating the closure of entertainment venues, the future of the Orpheum is in question.

With the state government mandating the closure of entertainment venues, the future of the Orpheum is in question.

With precautionary measures against coronavirus in place throughout Alaska, which among other directives mandate the shuttering of entertainment facilities until April 1, Kodiak’s 50-year-old movie theater is in danger of closing its doors for good.

The coronavirus mandate is just the latest in a series of unfortunate events, from an unusually harsh winter to rising movie prices, that have made it increasingly difficult for the Kodiak Orpheum Theatre’s owner, John “Rusty” Fletcher, to keep the long-standing business running.

Now, Fletcher says he is not sure how long he can keep the theater doors open if the mandated coronavirus closure continues past April 1.

“The longer it goes, eventually I'll get to a point of no return,” he said. “And I think there’s going to be a lot of small businesses in the country that you’re going to see disappear.”

His fears reflect a growing concern among Kodiak’s small businesses: How will they continue to stay open if the closures continue for longer than the current mandate requires?

As of Sunday, Kodiak had yet to see its first COVID-19 case, but on Saturday the number of confirmed cases in Alaska rose to 22.

Before the coronavirus outbreak, Fletcher had been thinking of raising admission fees — he had already had to raise the price of concession snacks.

“It was getting harder and harder to pay the bills, not enough cash flow,” Fletcher said, adding that during a good weekend he can make about $4,000.

Plans to raise ticket prices were curtailed by this year’s harsh winter. Although great for winter sports, the snow-filled parking lots and ice-covered roads dissuaded residents from venturing outside, causing attendance numbers at the theater to dwindle.

“We have had bad attendance ever since the cold snap, just before Christmas. It got cold down here like you can't believe,” Fletcher said. “Parking lots were bad, walking was bad. It really cut down on people coming.”

In addition, movies were getting expensive for small independent movie theaters to rent. To show a Walt Disney movie in Kodiak for one to three weeks, Fletcher said he has to pay from $8,000 to $12,000,depending on the movie.

In the past, movie theaters could buy movies for a flat rate and play them however long they wanted. Now, he can only afford to keep a movie for up to three weeks.

Fletcher said he pays between 35% and 90% of ticket value for some of the smaller-budget movies. For many of the more popular movies, the rental price is based on nationwide ticket sales.

“I'm not a franchise, I'm not a chain-operated theater. What I bring in is what I bring in. There are no other theaters backing me up,” Fletcher said, adding that ticket sales and concessions were his only revenue.

During one of this year’s record snowfall days, Fletcher decided to close the theater to deter people from braving the dangerous roads to see a movie.

Then, just as the weather began to warm up and the ice began to thaw, the coronavirus crisis hit. Alaska Governor Mike Dunleavy followed in the steps of other state leaders and ordered all restaurants, gyms and entertainment businesses to close for two weeks to stop the spread of COVID-19.

Even before the forced closure, the effects of the crisis were being felt. During the week leading up to the mandate, only one to six people were attending each movie, Fletcher said. Furthermore, as confirmed COVID-19 cases increased throughout the U.S., film companies delayed movie releases, reducing the number of available films.

“Just as the cold snap was starting to break, this virus thing took place and all kinds of big movies like ‘Fast and Furious,’ the new James Bond movie and ‘Peter Rabbit 2’ got delayed. They got set back to August or next year. That left me in a pickle,” Fletcher said.

The Orpheum was built before the 1950s, but following the 1964 tidal wave that destroyed most of the downtown area, the owners had to rebuild it, a project that was completed in 1968.

Fletcher has been running the movie theater since 1973, after he left the Air Force to continue his family’s cinema legacy.

Born in Unalaska, an island on the Aleutian Chain, Fletcher was raised in Kodiak and grew up around cinema and the theater.

He remembers growing up during a time when the movie theater was constantly packed with people. Admission ranged from 25 cents to $1.25, and music drifted through the theater while the audience would wait for the featured film.

Following the music, news reels, travel videos and cartoon shorts would play before the movies, he said.

After Fletcher’s father died in 1962, his mother took over the business, despite critics complaining that women could not own businesses.

“I do remember several men trying to be suitors for mom, and they kept telling her she couldn't run the theater and that she needed to get married,” he said, adding that she would say, “Screw you, I'm going to do what I want.”

Fletcher said the theater went through spurts of declining attendance throughout the years, especially with the advent of television, followed by videos and DVDs, but the theater always bounced back.

“TV almost crippeld the movie industry in the 1950s, but we pulled out of it. It was almost like a fad,” he said.

“Frankly, I don't know how much longer theaters are going to last anyway,” Fletcher said. “What is happening now is a move toward the Imax theaters. Independent (theaters) like me, we’re starting to dry up.”

Despite the current realities of independent theaters, Fletcher’s daily life has revolved around the Orpheum, which until just days ago continued to show daily movies.

“It's something I know how to do. It's a challenge to try to set up a program to run, and I’ve got a lot of people that come in, (people) who I get to talk to and see,” he said.