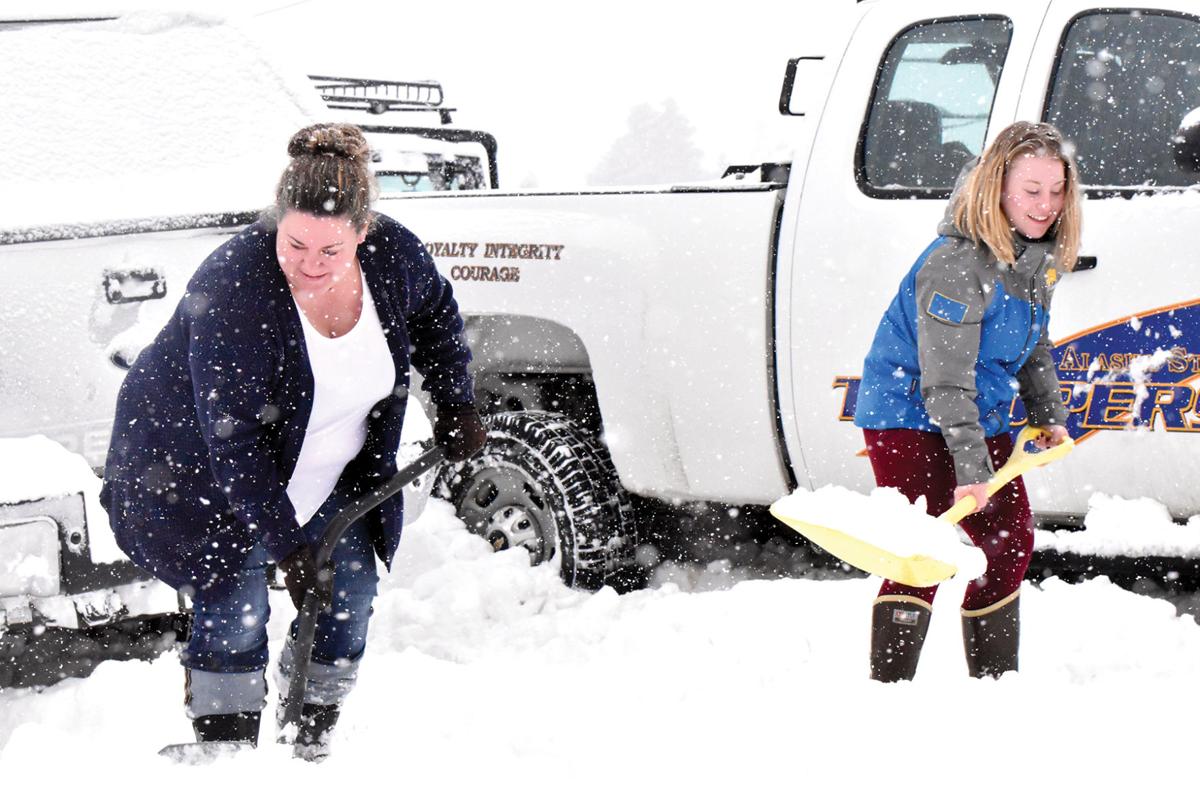 Kari Lorring and her daughter, Emily, shovel snow at their house in Kodiak Wednesday afternoon. 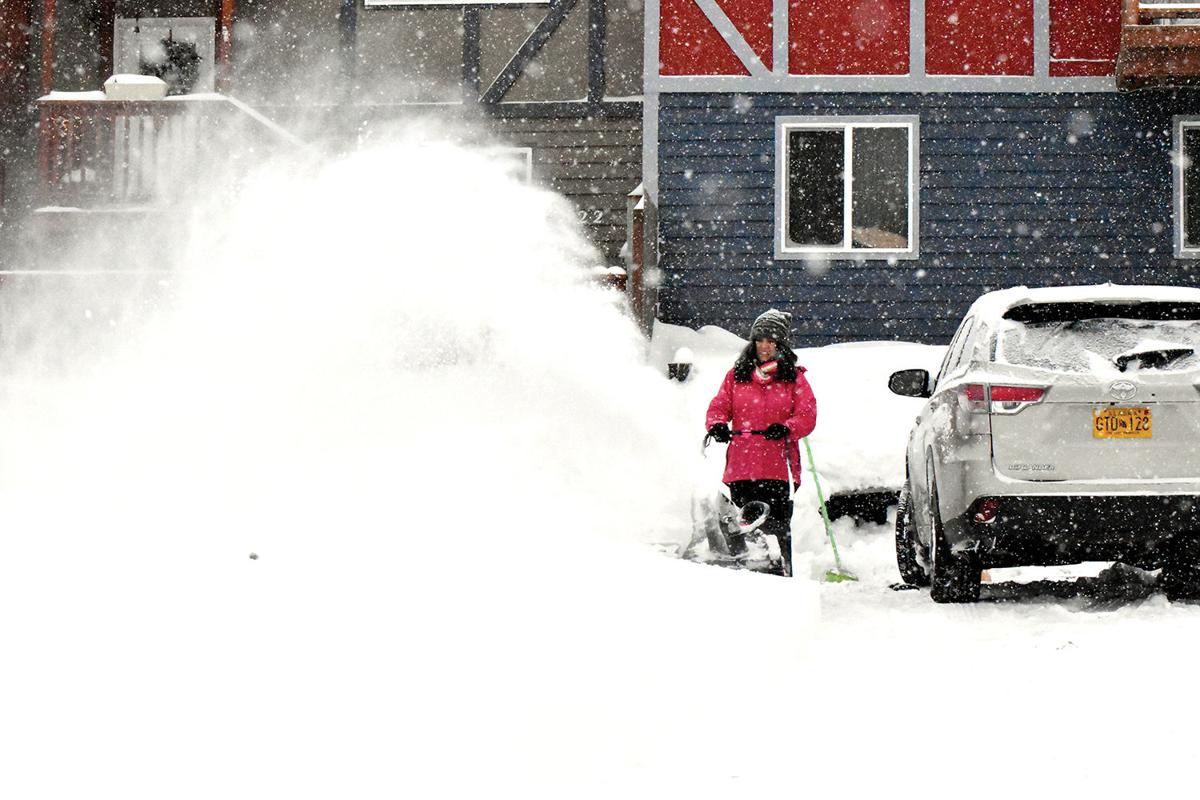 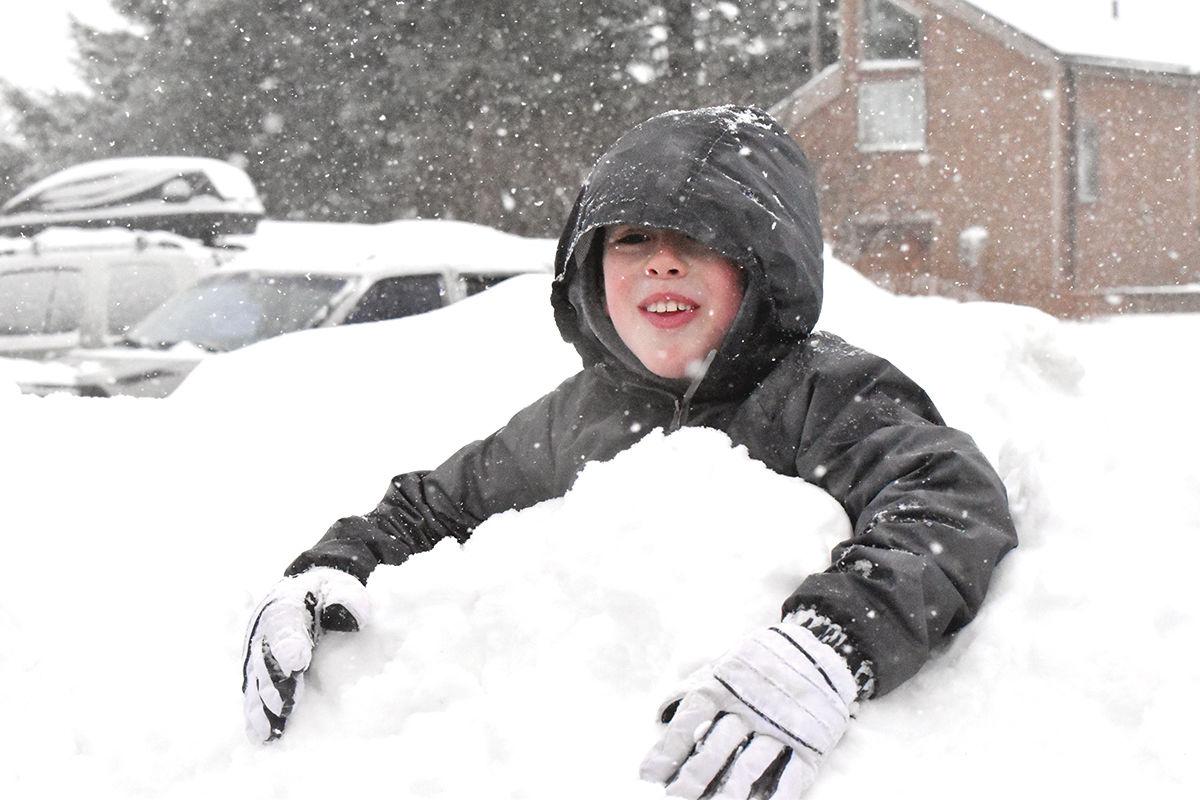 Luke Lester sits in a snow pile Wednesday in Kodiak. 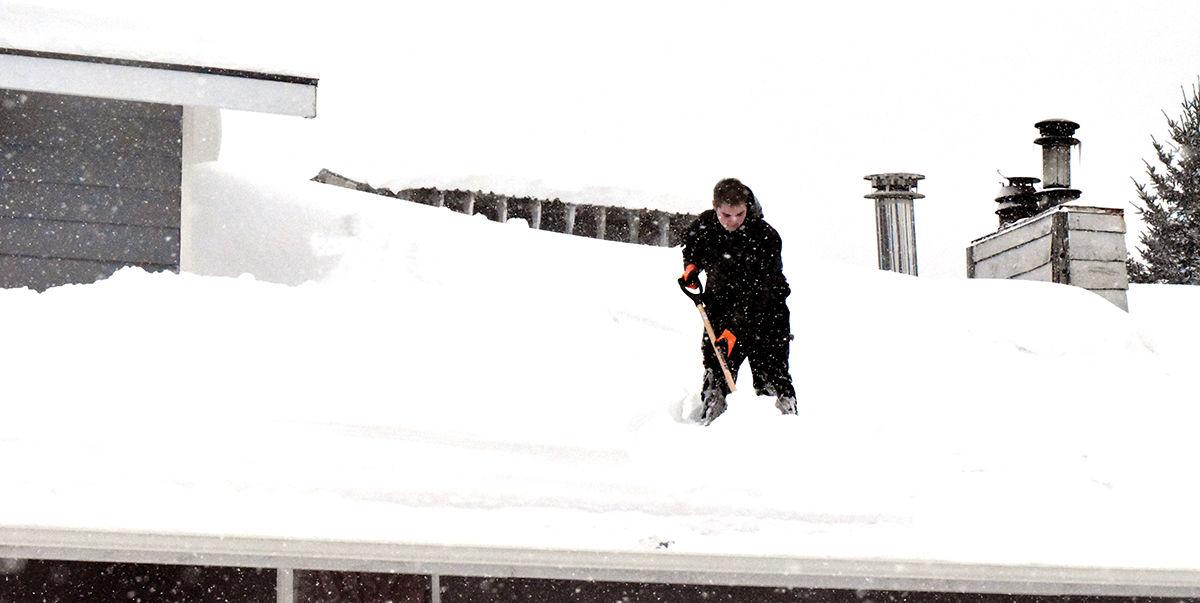 Truxton Troxell shovels snow off a roof Wednesday in Kodiak.

Kari Lorring and her daughter, Emily, shovel snow at their house in Kodiak Wednesday afternoon.

Luke Lester sits in a snow pile Wednesday in Kodiak.

Truxton Troxell shovels snow off a roof Wednesday in Kodiak.

Following a record snowfall of 22 inches Tuesday night, the Kodiak Island Borough School District superintendent was up at 3 a.m. working to cancel classes for the first time in more than a decade.

With cars surrounded by snow, and drivers unable to traverse the deep snow on the roads,  many residents could not travel to work. Many businesses also closed, including the borough offices, medical centers, the senior center and many restaurants. The airport was also closed, which led to the cancellation of Wednesday’s flights into town.

Superintendent Larry LeDoux conferred with the Alaska State Troopers, the head of the school bus company, city police, Public Works and other agencies and departments before closing schools for the day.

“Safety is first, and it wasn’t safe to be out on the roads this morning,” LeDoux said. He noted that having more drivers on the road would impede the city’s road clearing efforts.

LeDoux did not make this decision lightly because the school will have to make it up on a future Saturday, he said, adding that he has not seen snow like this in many years.

“I’ve been around a long time. I saw more snow days as a kid than as a professional,” said LeDoux, who has been working for the school district since the 1970s.

Unofficial data from the National Weather Service recorded average January snowfall at 13 inches over the last 30 years, with record daily snowfall for Jan. 28 and Jan. 29 between 9 and 10 inches.

According to a National Weather Service report, temperatures ranged from 15 to 25 degrees Tuesday and Wednesday with wind speed sas high as 43 mph. Residents reported snow drifts as high as 5 feet.

Wednesday morning, young and elderly residents could be seen dressed in their finest snow clothes shoveling, plowing and blowing snow in front of their homes. The streets were lined with boats and cars buried in several inches of snow, and over 3-foot-high berms of snow left from snow clearing.

“I was raised in Anchorage and have been here for seven years. It’s awesome, but overwhelming,” Kari Lorring said about the snow. She was shoveling her 30-foot-by-40-foot driveway in front of her home for the second time that day.

The Sanfords, who own property on Mill Bay Road, said the last large snowfall they remembered was when their 11-year-old son was an infant. They said the snow was so high they could not even open the doors to their building.

Bill Wereanan, 70,  a long-time Kodiak resident, began shoveling at 9 a.m. and five hours later he was still working to clear his driveway.

Jon Lisonbee, a Kodiak resident who grew up on the mainland, said he enjoys the snow.

“I finally feel like an Alaskan,” he said after shoveling his driveway for almost three hours.

Two high school seniors walking a dog down Larch Street said Wednesday was the first time school has been canceled because of snow since they were in first grade.

“I shoveled my entire driveway for almost an hour. It hasn’t been like this since I was a kid,” said Ty Duboc. He was walking with Keaton Dolph. Dolph was worried about the rain forecast in the next couple days.

“Once it melts up against the houses it’s going to flood … (in) crawlspaces,” Dolph said.

Public Works Director Craig Walton was also hard at work on Wednesday, driving the loader to make room for more snow at a snow dump on Pillar Mountain, she said.

On Facebook groups like Friends of Kodiak, residents posted pictures of good samaritans with snow plows or snow blowers clearing their neighbor’s driveways. Others posted messages urging neighbors to shovel around fire hydrants to help firefighters and to shovel older residents’ driveways.

“With this ice and snow it’s hard for older people to get trash to the dumpsters. Cars are stuck in the snow, or their walkways and decks are icy and hard to cross. With handicap parking areas often icy and snowy, it’s really hard for our older generation to get around.

Let’s offer a hand where we can, and remember to check on those neighbors that might need a little assistance in these conditions,” wrote Lisa-Chris Kostelecky in a post.