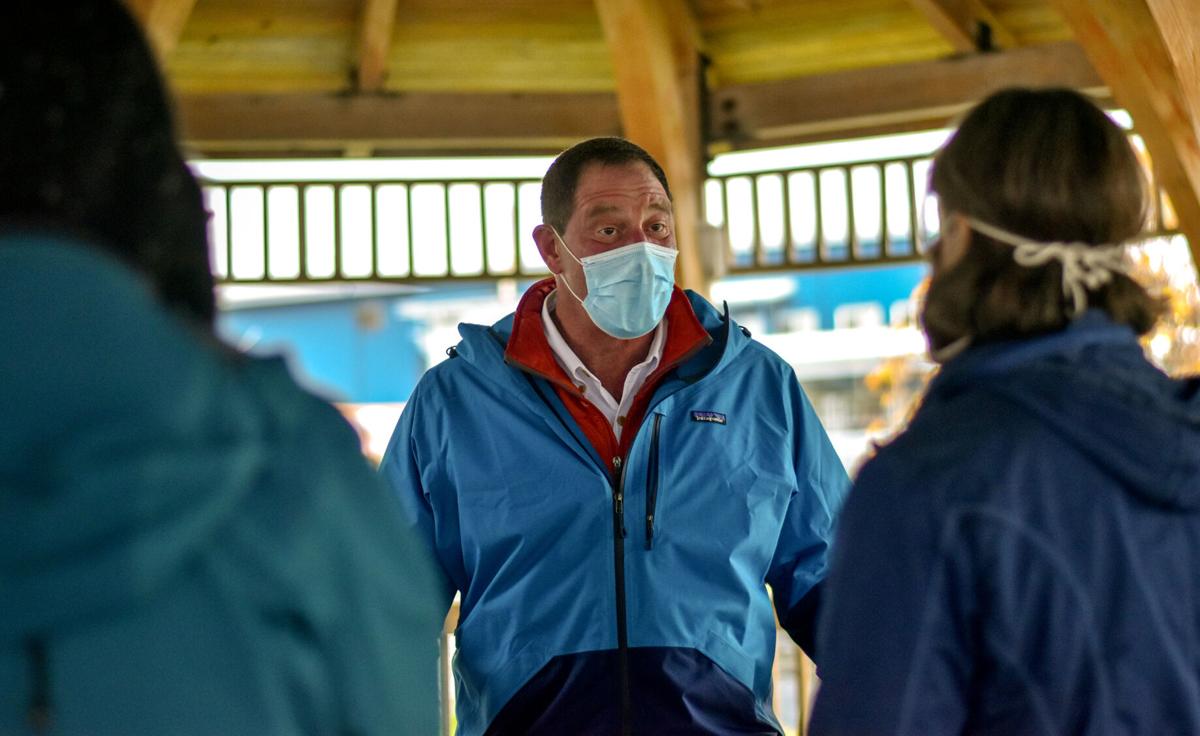 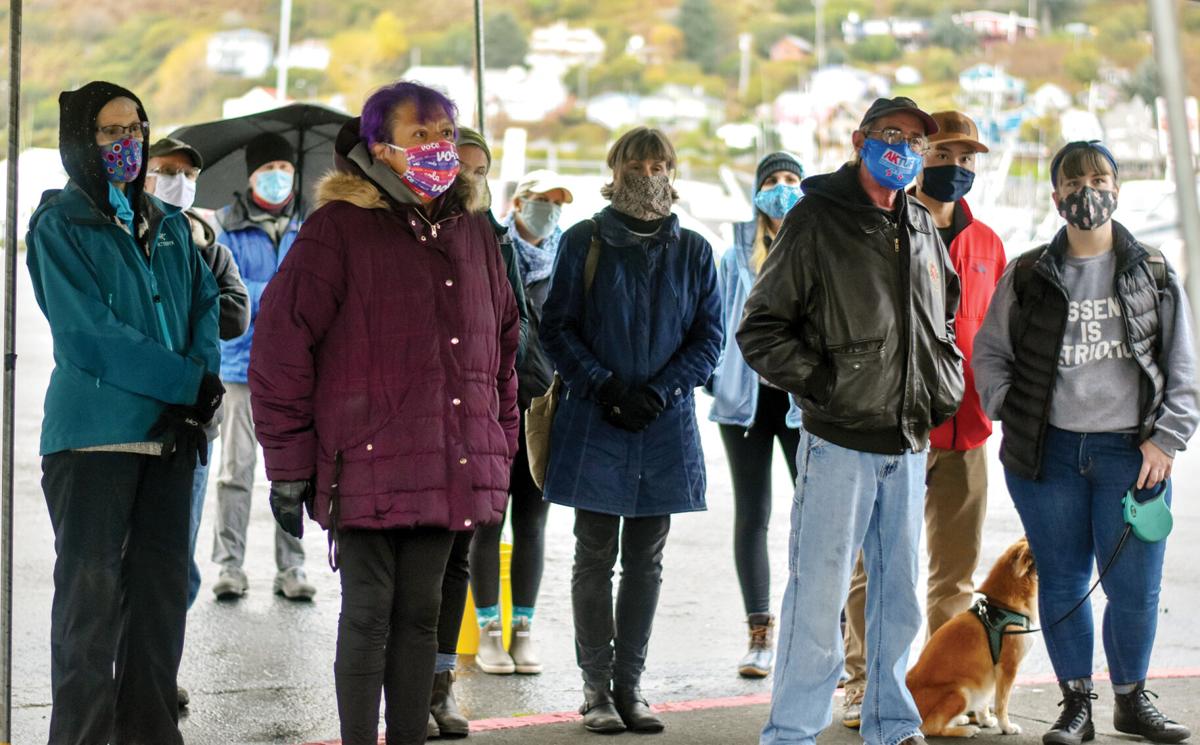 Independent candidate for U.S. Senate Al Gross came to Kodiak on Monday to speak in-person with community members. The visit occurred just two days after his first debate with Republican incumbent Dan Sullivan (R-AK), which was streamed online and focused on fisheries issues.

Gross and his wife Monica stood under the Inner Harbor Gazebo as light rain fell. He spoke to 30 community members and answered questions about issues important to Kodiak residents.

“I’m from coastal Alaska,” said Gross, a Juneau native. “Your issues are my issues. I can understand where you are coming from: On losing your ferries, the fisheries are doing poorly and COVID is a huge problem statewide.”

Gross, who said he has visited Kodiak before, is an orthopedic surgeon who also holds a Master of Public Health degree. He was also a commercial fisherman who began fishing when he was 14 years old.

Gross said that during his visit, he met with the city and borough mayors, the harbormaster, labor leaders and Native leaders. He also toured St. Herman Harbor.

At the gazebo, he spoke about his passion for improving health care and the “injustices of the health care system.”

“I started advocating for fixing our health care system because I really see how it's impacting our economy,” he said. “It’s hurting a lot of people who live here. And so many of my friends are commercial fishermen who can't even afford health insurance, let alone for their crews.”

Gross said he supports a public health care option that would allow small businesses and individuals to buy Medicare from the government at cost.

One attendee asked Grosshow he would try to stop the development of Pebble Mine, a proposed copper and gold mine in Southeast Alaska that critics say would wreak havoc on the environment and sockeye salmon populations.

Gross said that if he wins the election and is assigned to the Senate’s Commerce, Science and Transportation Committee, he would deny the U.S. Coast Guard permit the company still needs to proceed.

In response to another question, Gross said he was a strong supporter of public education because of his own experience in public school. He said his wife and children also studied in the public school system.

“I don’t want to see vouchers go to private schools. That weakens our public school system,” he said, adding that having a strong university in Alaska will help train and keep people in the state.

He said that although he supports clean and renewable energy, he does not support all aspects of the Green New Deal — legislation that addresses climate change introduced last year by Rep. Alexandria Ocasio-Cortez (D-N.Y.) and Sen. Edward Markey (D-Mass).

“I don't support the Green New Deal because of its timetables and because of its carbon pricing, because I think that will cost Alaska jobs, but I’m ... a strong supporter of clean renewable energy,” Gross said.

Kodiak resident Judy Phillips, who volunteers for the Gross campaign, also spoke on Monday about why she will vote for Gross in the Nov. 3 General Election.

“I think that this guy is going to work a lot harder for us. I think that Dan Sullivan has mostly ignored coastal Alaska and has pretty much been in line with values that I don’t support,” she said.

Gross said he was aware of the “destruction” of coastal Alaska’s ferry system and would help fight to have it reinstated, potentially through the use of federal funds.

He also noted the importance of expanding broadband internet connectivity to rural communities to help increase economic development opportunities in the state.

Gross ended his talk describing his “open door” policy he had with clients when he worked as a surgeon. He was known as “the doctor on the water” where he would get calls on VHF Channel 16 to sew people up or take out hooks for free.

“I’ll be the same way as a senator. I look forward to … listening to you and trying to do the best I can to make your community a vibrant place,” he said.