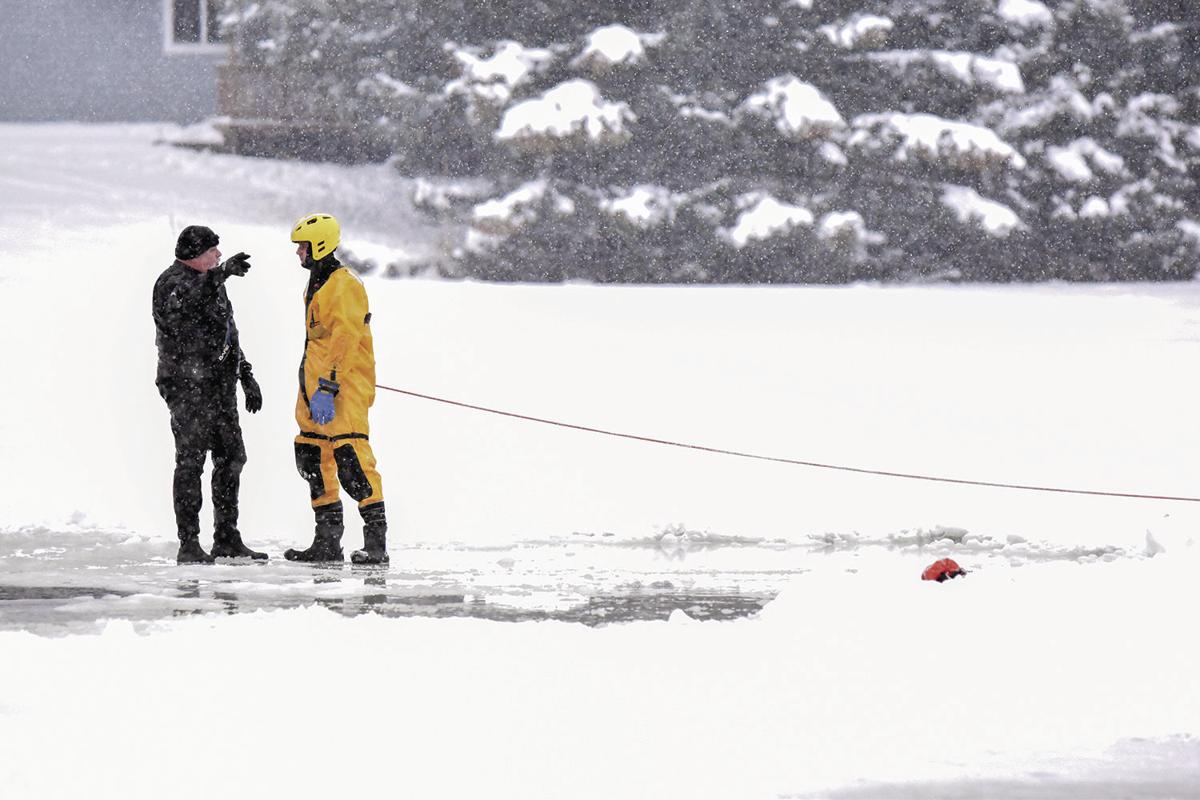 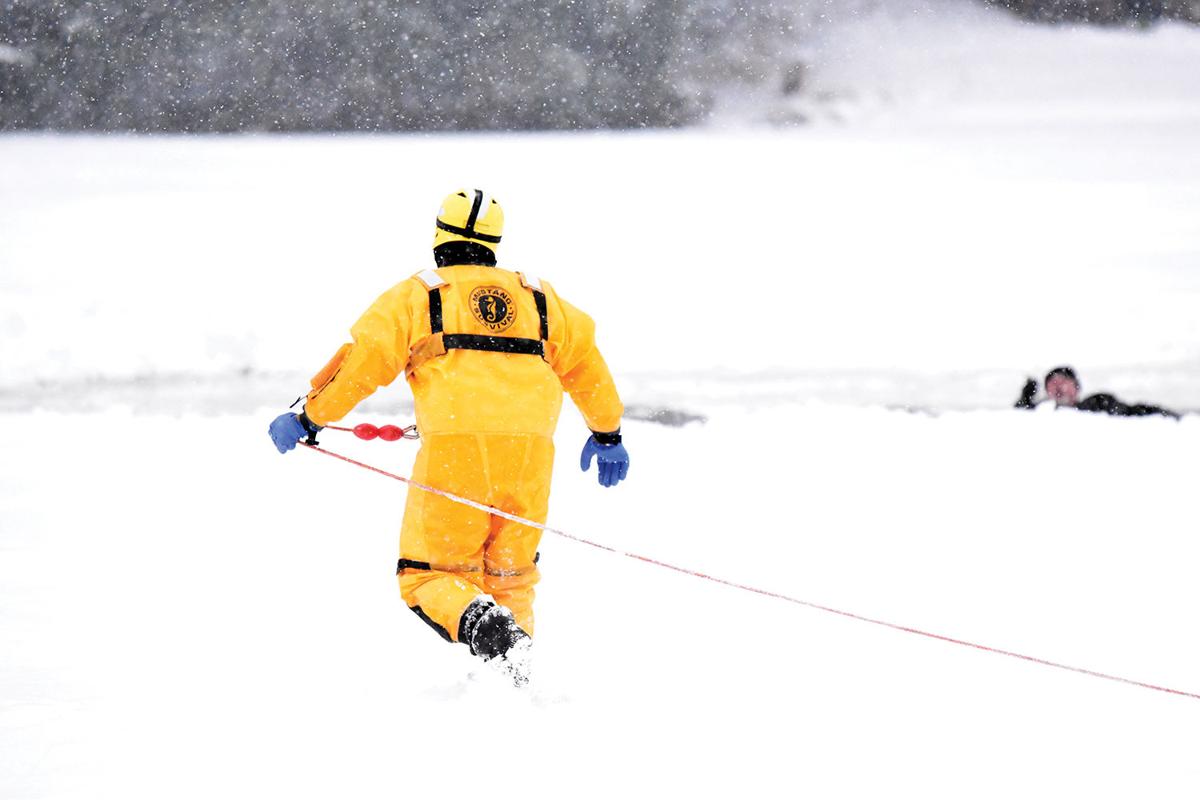 A city firefighter crosses Lilly Lake to train for emergency situations that could occur on a frozen lake. 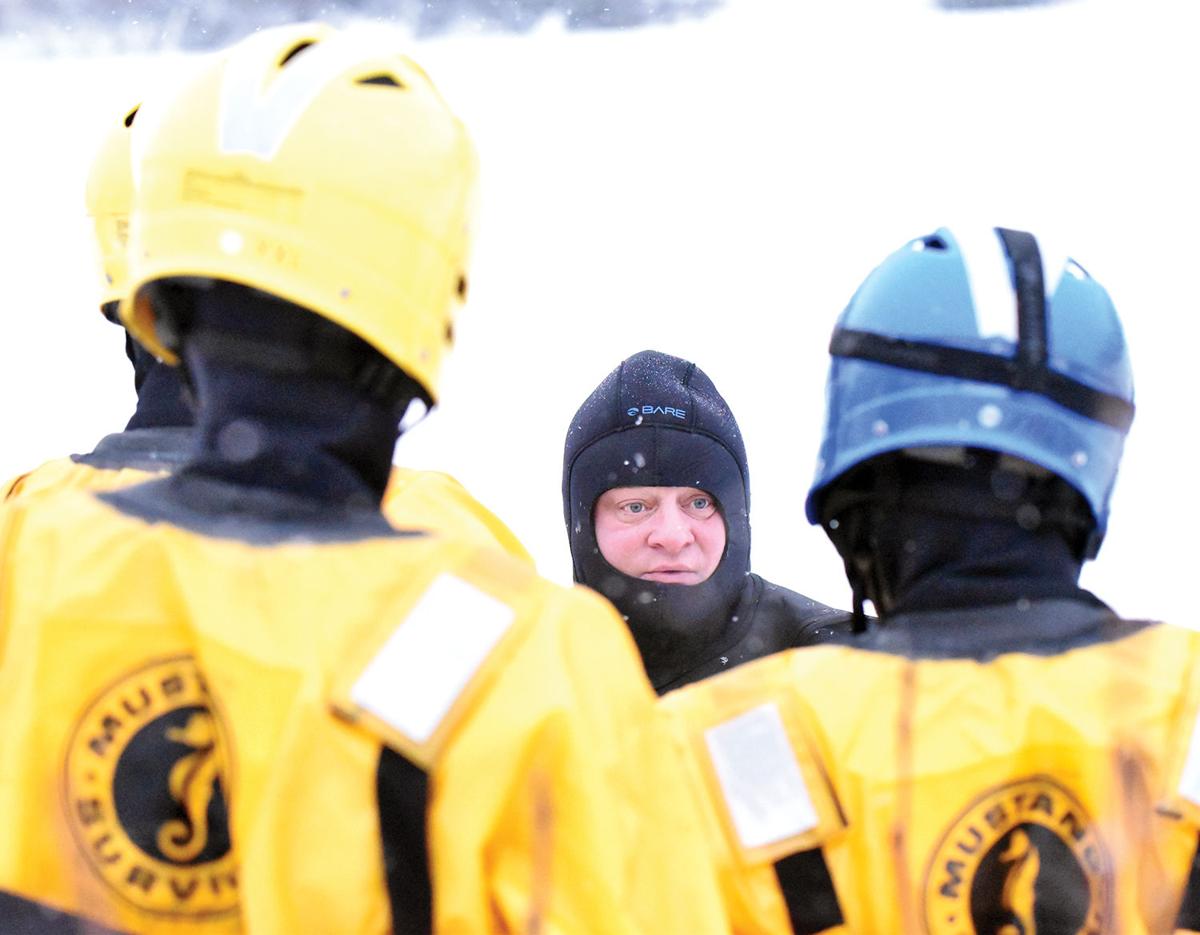 A city firefighter crosses Lilly Lake to train for emergency situations that could occur on a frozen lake.

With recent record-breaking low temperatures, many residents have begun to enjoy their favorite frozen lake activities, but officials warn residents to be careful.

The last time the department trained on ice was two years ago.

During the four-hour exercise, the firefighters used different tactics and pieces of equipment to practice rescuing victims, acted out by Mullican and Deputy Chief Frank Dorner, who were dressed in dry suits.

The fire department uses a range of equipment including an inflatable ice rescue raft, an ice rescue sled and a flotation device that is wrapped around the victim.

Friday’s training exercise included simulations of a rescue mission to learn what to do in different situations. The victim could be unconscious and floating in the water, or conscious but unable to self rescue because of hypothermia.

The victim also could be aggressive because when suffering from severe hypothermia, people sometimes lose control over their emotions, Mullican said.

During the training exercise, two firefighters would cross the lake at one time to a large hole in the ice in the middle of the lake. They had a thick rope connected to their suits on one end and held by a colleague onshore.

Their chiefs were waiting in the hole to give them pointers, while their colleagues waited on the banks for the signal to reel their colleague back in. The city fire station leaders flailed and bobbed in the water, feigning different scenarios and giving pointers to the trainees.

Although the fire department has never had to conduct a rescue on frozen Lilly Lake during Mullican’s five-year run as chief, they have come close at times, he said.

Lilly Lake is one of the biggest ice hazards in the city, Mullican said.

“With our variance in temperature, the ice can thicken up and thin down really fast,” Mullican said, adding that the potential for an accident on Lilly Lake is high. “Right now we are going through a significant cold snap. We will go below zero right back up into the 40s again so this ice will change its thickness dramatically over a very short period of time.”

Mullican advises residents to use backcountry safety tips when going out on the ice.

“If they are going to venture onto the ice, don’t do it alone,” Mullican said, adding that people should also let someone know where they are going and when they plan on returning home.