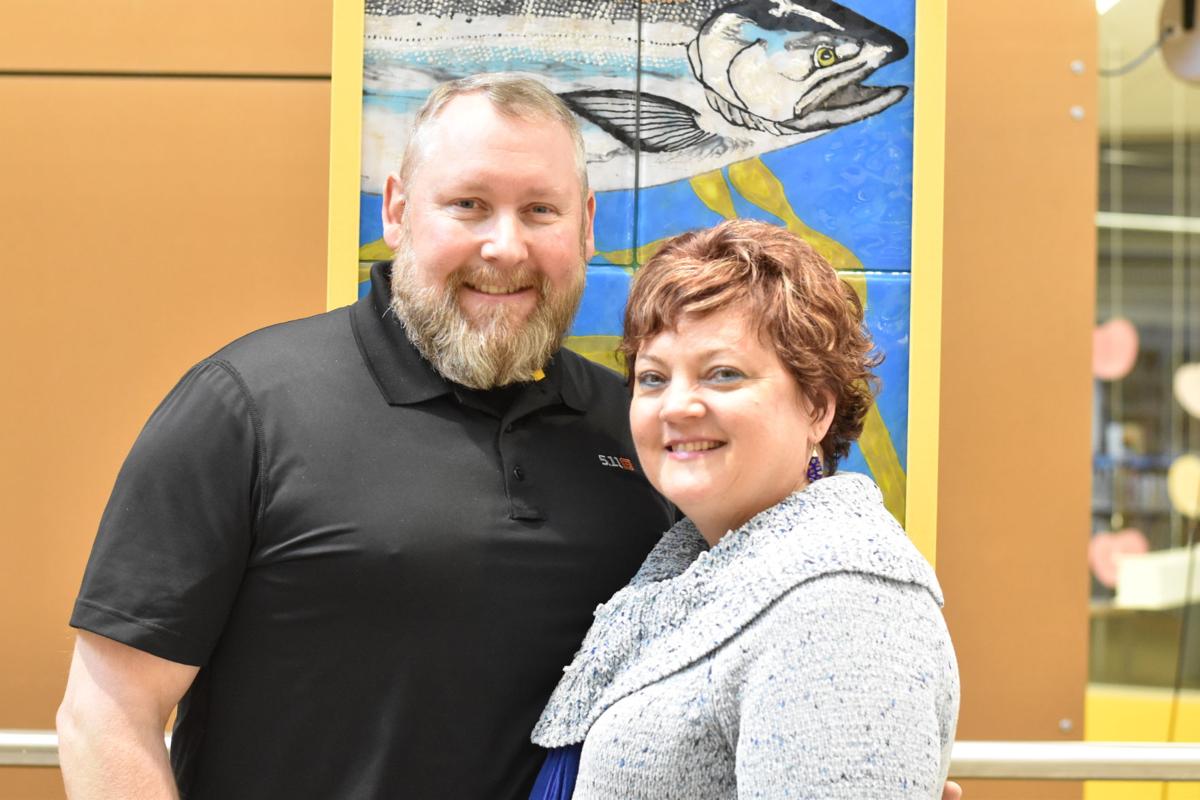 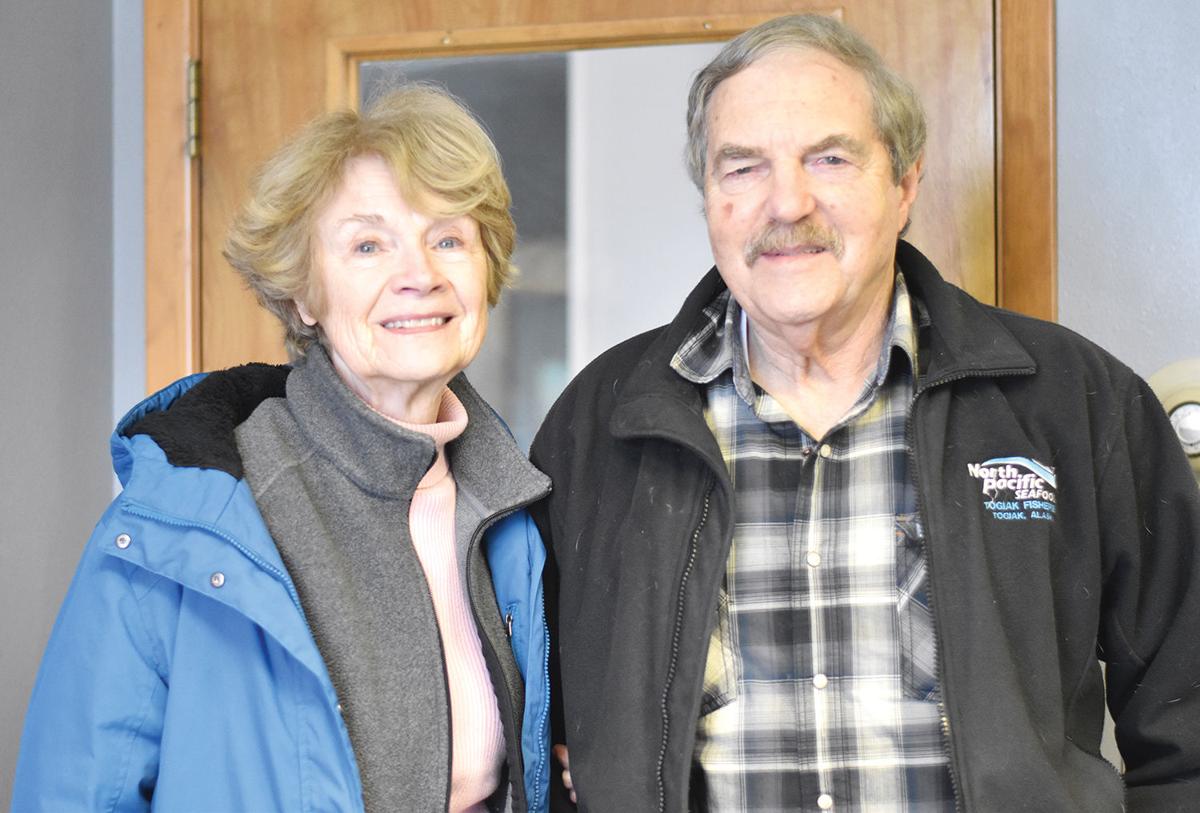 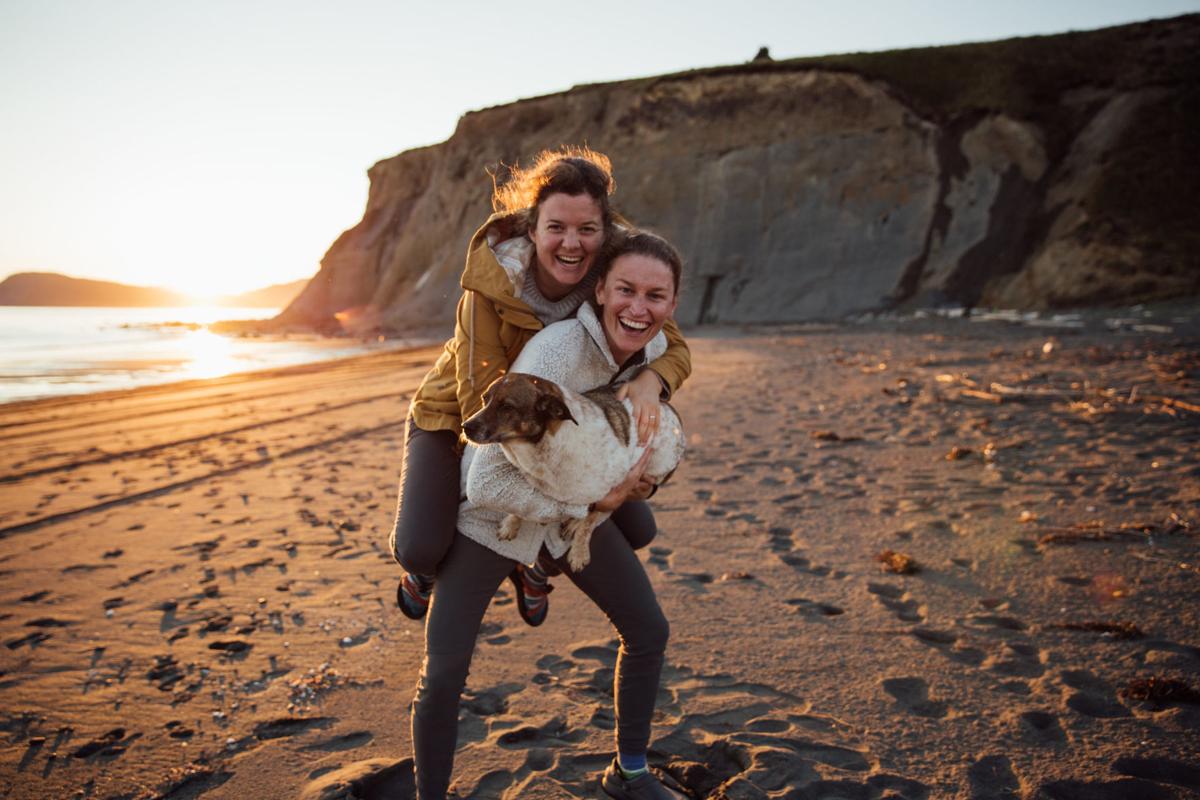 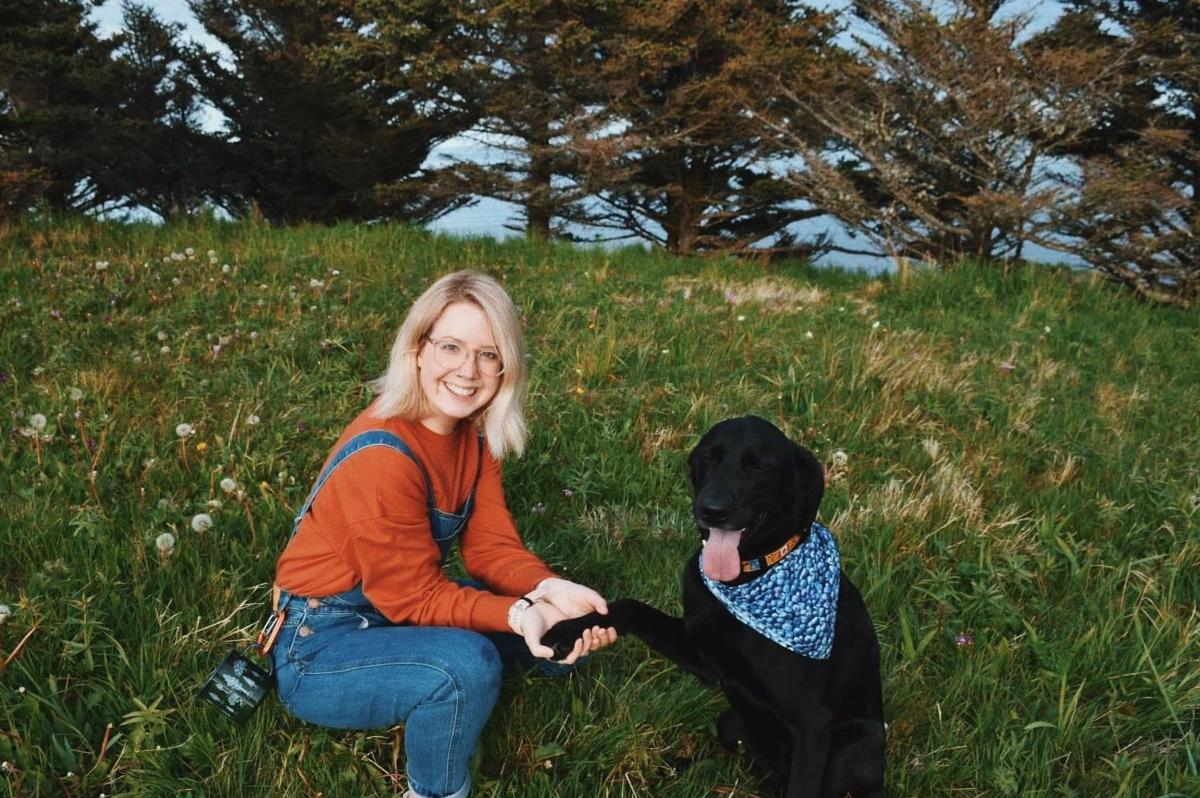 Haley Forman with her dog, Ollie.

Haley Forman with her dog, Ollie.

An isolated island of 13,000 people, Kodiak is known for its community where people have to depend on each other. Neighbors plow each other’s driveways, and strangers will stop and help if someone has an accident on the road. People come to Kodiak and often find themselves staying because they have fallen in love with the community.

Valentine’s Day is the perfect occasion to pay homage to all the love in people’s lives, whether it be committed love, family, best friendships, or the love of a pet and oneself. All love deserves to be celebrated. The following is a snapshot of love stories found all over the Emerald Isle.

PAT AND NICK: A TIMELESS LOVE

Longtime Kodiak residents Pat and Nick Szabo met on a romantic cruise in the winter of 1968 while traveling through the Caribbean. He was a worker on the cruise and she was a passenger.

“I saw this very nice looking girl,” Nick said of his first encounter with his future wife.

Over the 10-day trip, they talked and danced to steel-drum music and got more acquainted. By the end of the trip she was planning to visit her fisherman in Kodiak, but he was going to be out on a boat for several months, so she decided to travel.

Pat quit her job and traveled throughout the states visiting towns in Connecticut, California, New Mexico and Colorado. Three years later, on her last stop in Denver, the two were reunited.

“I remember how much I enjoyed being with him, so I came to Kodiak,” she said.

Nick remembered her mother sending her off with a word of warning.

“Her mother said when she left, ‘If he mistreats you, you can always come back,’” he said. Pat never moved back. The two were married the following summer when they were both 29 years old.

“We are the same age, but (Nick) is younger,” she said jokingly.

Nick admitted that Kodiak can be hard on couples, especially when one partner follows the other, leaving their friends, family and career.

Pat found friends and became involved in the community, which made her life easier when Nick would be gone fishing for five months out of the year.

According to Nick, people often feel stranded in Kodiak. He advises people who come here for their spouse’s work to find a purpose outside the home or marriage, to make living on the island easier.

Independence is an important part of their marriage.

“We are two individuals who get along,” Pat said. She advises newlyweds to “bide your time” through the rough times. “It gets better,” she said.

KALEIGH AND GRETCHEN: A MILITARY KIND OF LOVE

Kaleigh Wood, a lieutenant junior grade on the Coast Guard cutter Spar, and Gretchen Powers, a photographer, first met over breakfast, and despite awkward first impressions, the two fell in love.  They have been married for eight years.

Wood and Powers met during their junior year in college at the University of Vermont.

Powers was interested in studying abroad. Through a mutual friend she learned that Wood had just returned from a study abroad trip in Nepal. The friend suggested Powers reach out to Wood, so she sent Wood a Facebook message.

“When we first met, I thought she was a weird Vermonter,” Wood said. But after bumping into each other a few times on campus, their friendship grew and love blossomed.

The two started dating soon after, and six years later they got married.

“I was in officer candidate school,” Wood said. The program was “intense” and she  had little time to talk to Powers.

One day, toward the end of her program, the two spoke on the phone during Wood’s 20-minute break.

During their chat, Powers asked her if she wanted to get married. Wood thought her girlfriend was joking, but Powers said, “I think I’m ready.” Not expecting the proposal, Wood replied, “sure,” she recalled, laughing at the memory.

Despite a difficult job and constantly changing schedules and life plans, the two support and challenge each other.

“With Gretchen and I, I think we both challenge each other to be better people,” Wood said. “There is that balance with challenging your spouse to be better, but also supporting them in that.”

With Wood’s difficult job and ever-changing schedules, the two have had to manage their expectations and compromise. But open communication has been key.

“We have a lot of conversations about playing things out” and what happens when life changes, Wood said.

“I think a big problem with couples and people in general is that people don’t listen to truly understand, they listen to be able to reply,” Wood said. Understanding and actively listening “takes work and is super important,” she added.

It was 1997 in Colorado Springs, Colo., when Angie Erickson met her “John Wayne,” she said, referring to the handsome actor who portrayed gruff cowboys in classic movies spanning from the 1940s to 1970s.

Her husband, Jeremiah, was an Air Force photographer, and Angie was an Army journalist.  They met when she was tasked with escorting him to an awards ceremony on a secure base. She was struck by his “rugged good looks,” she said.

In an email to the Kodiak Daily Mirror, she recalled their first meeting.

He responded, “I can shoot over your head, little lady!”

“His tone told me that I had found my John Wayne and I was smitten!  So when I escorted him back outside the perimeter, I not only gave him my business card, but made sure to put my personal cell phone number on it,” she wrote.

Jeremiah called her the next day, and soon after they began dating.

When Angie met Jeremiah, a low-rate airman at the time, Angie was dating a captain. Before deciding who she wanted to be with, she realized that Jeremiah was the man for her because he had a good heart, she said.

“It was all about the heart. And I knew that Jeremiah was a giver, no matter what, he was going to be the one for me,” she said.

After 22 years, their marriage is strong because they make sure to spend time together and focus on their relationship, she said.

“I tell every couple, if you would just commit to doing one marriage enrichment event in a year, you will get a huge return on investment,” Angie said.

With her experience as a marriage counselor, Angie said she has noticed a trend in marriages that end in divorce.

“People take rather than give. I see that people who don’t understand what they’ve been given in a marriage,” she said. “The most important person in the world is your spouse.”

Angie added that because Jeremiah and she are givers, their marriage is strong.

She said they spoil each other and are reminded every day of why they got married in the first place.

“He is one of the most thoughtful human beings I’ve ever met. He would say the same for me,” she said.

HALEY AND OLLIE: A LOVE BETWEEN A HUMAN AND HER DOG

Haley Forman and her dog Ollie are made for each other. He sings and she plays him music.

“He has preferences and I don’t know what triggers his song choice,” Forman said. Ollie has eight songs he will respond to. If Ollie hears a song he loves, he will tilt his head and howl — a soft howl during quiet songs and a loud howl during louder songs.

She will often hear him “howling away” when her music is playing at her home.

Ollie came into her life four years ago when she was going through a difficult and emotional time following the death of her mother.

“I needed to express my love elsewhere because I didn’t want to be sad all the time,” she said.

When she decided to adopt a dog, her boyfriend at the time wanted a black lab. When she saw a post on Facebook about a litter of dogs with one black lab, she knew she had to adopt the puppy.

Forman was told that Ollie was going to grow up to be large, a daunting concept for Forman who lived in a tiny, 300-square-foot apartment.

The day she went to pick up her new dog, all the puppies were waiting patiently in a line, except for her Ollie who was walking all over the place.

Foreman remembered thinking, “Great, everyone is so sweet, and you are a crazy, wild dog.”

But to her surprise, he turned out to be a sweet, calm dog.

The two soulmates have their routines of feeding, snuggles, walks, hikes and playtime.

Every morning after feeding time, while she sits on her bed drinking her coffee, he stares at her and lovingly burps in her face.

“When I come home from work he is here,” she said of her home. “I’ll lay on my bed and he will put his head on me and snuggle close.”

Ollie is a protector and will scare off bears — he ran after a bear once on Spruce Cape — and warns newcomers on Forman’s street.

“He has issues with people walking down the road because he knows it’s his road and (that he) owns it,” she said.

Through thick and thin, Ollie and Forman are best friends and the perfect companions.

“He is just what I needed and still what I need. It feels nice to have a love that is returned in its own way,” she said.