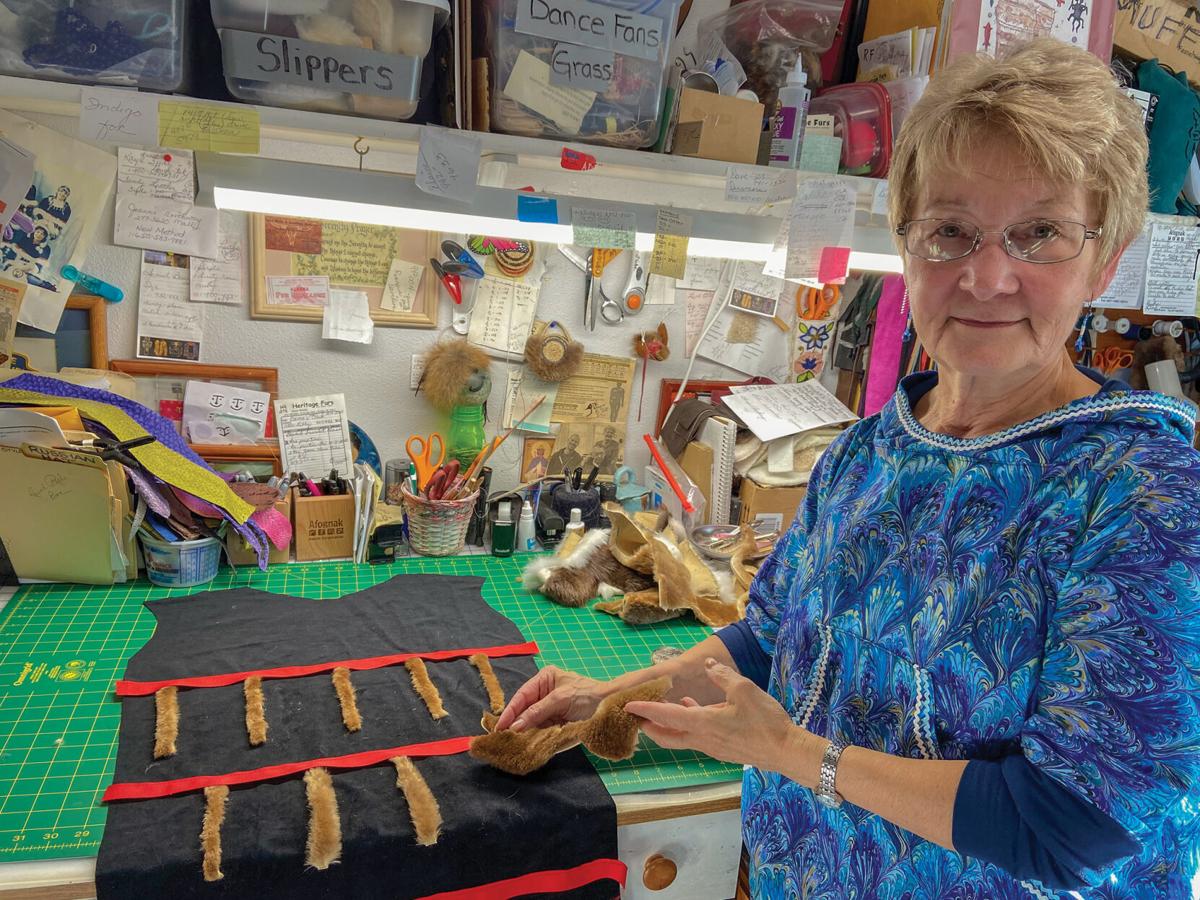 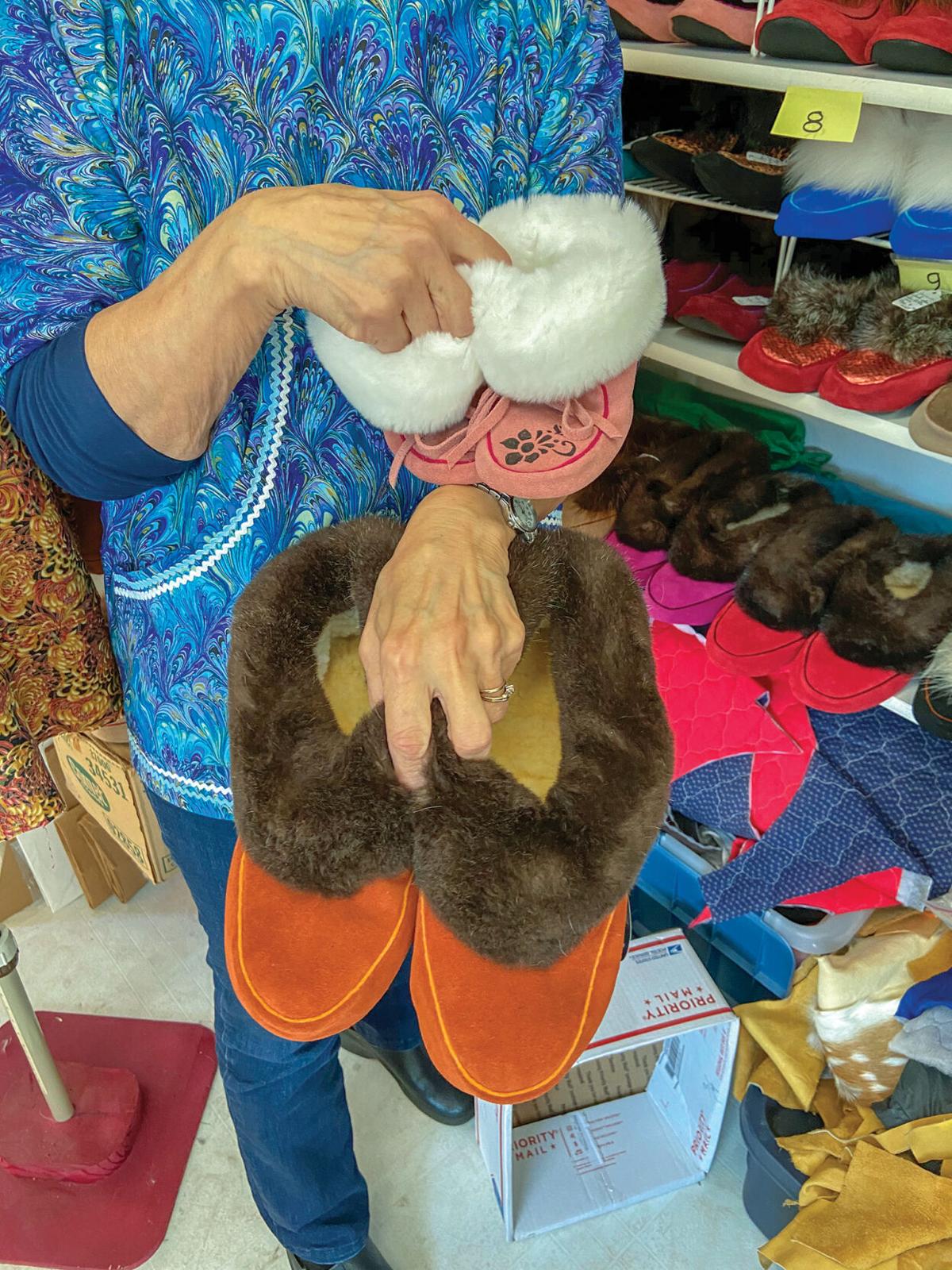 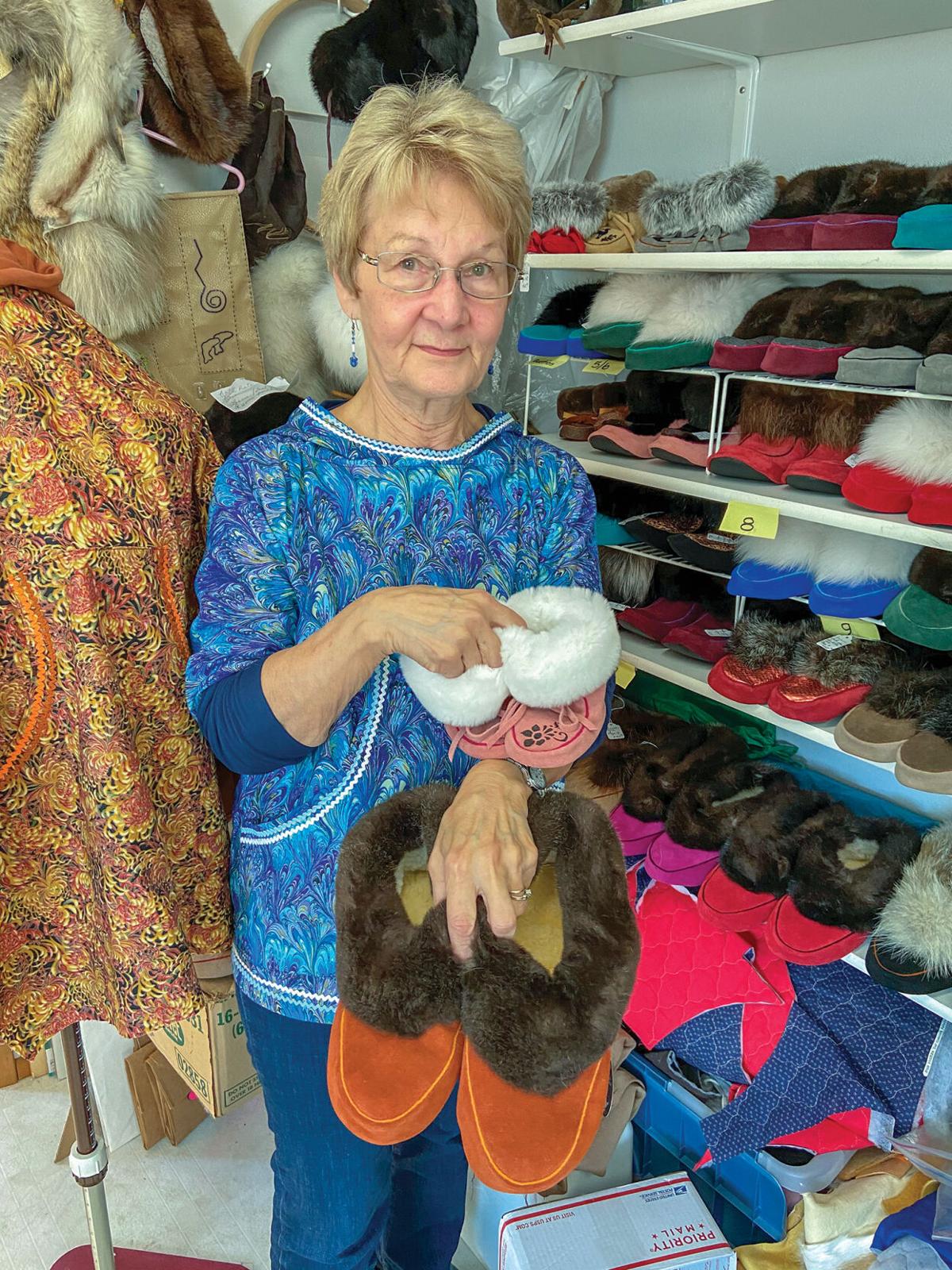 Like her ancestors before her, Susan Malutin knows the value of sea otter fur. It’s the densest fur on Earth, with close to 1 million hairs in every square inch of pelt. It’s ludicrously soft and supple, and has provided Native people on Kodiak with winter warmth for thousands of years.

The Russians knew the value of sea otter fur too. The prices it fetched brought Russian hunters across the Bering Strait in droves in the mid-1700s, where they enslaved Alaska Native people along the Aleutians and in Kodiak to hunt the animals. The Russians’ arrival decimated both sea otter populations through hunting and Native people through disease and warfare.

By the time an international commission banned sea otter hunting in 1911, populations had crashed to only a few thousand animals. Since then, numbers have slowly crept upward around Alaska. According to the Marine Mammal Commission, the number of sea otters around Kodiak has been stable for close to 20 years.

Under the Marine Mammal Act of 1972, people who are one-fourth Alaska Native can harvest sea otters and make traditional crafts with it, though it’s all highly regulated.

That allows Malutin, who is Alutiiq, to make her crafts, which she sells here in Kodiak and across Alaska.

And while it is a business, sewing furs is more than a source of income in her retirement. As the name suggests, it’s a way for her to connect with her and Kodiak’s past, linking the two together, stitch by stitch.

“It may be different now, but you are still learning the ancestral way of what it took for them to survive, to make it through the rugged lifestyle,” Malutin said.

The first time she ever sewed with fur was around 30 years ago, when her husband Roger brought home a sea otter pelt. He asked her to make him a hat.

She bought an old hat at a thrift store in town and took it apart, studying how it was stitched together. Then, using the sea otter, she reconstructed it, ending up with a crude, fur version of the original.

It wasn’t much, but it was enough to get Malutin interested in the possibilities of fur.

As for the hat, her husband never got it. The couple were young and needed money, so she sold it to another man looking for a fur hat. With the leftover fur, she made another for Rodger. But the son of the man who’d bought the first one happened to come to Kodiak and wanted a hat like his father’s.

Malutin sold him the second one. After the two hats, Malutin found herself drawn to the traditional art of fur sewing.

The first challenge was to find people who still knew how to sew with Alaskan furs. Malutin’s mother had taught her to sew growing up, but working with fur is a different prospect. And there weren’t many people who could teach her.

Some, Malutin learned from two colleagues at Alaska Fish and Game, Leon Metz and Lee Martin. She tracked down Native people who knew the art and pestered them to teach her. She learned slowly.

“I could tell you about piles of fur that I threw away because it was cut wrong,” Malutin said.

She got better and better, to the point where she started selling her items. Slippers are the most popular, along with gloves and hats. Early on, she sold at Alaska Federation of Natives events in Anchorage and elsewhere in the state.

Now she’s more focused on Kodiak. She sells at holiday bazaars in Kodiak, to tourists hopping off cruise ships, and through the Alutiiq Museum, which has a gift shop full of Native art.

There’s also a market among Kodiak’s fishing and hunting community, and those who live out the villages — people who need fur to shield their hands and heads from winter winds. She always pushes people to use her garments for practical purposes.

“I encourage them, ‘Don’t let it sit in a cabinet,’” Malutin said.

“For the most part, that’s the lifestyle up here. That’s how people have survived, with furs. They could not have done it without the furs. ”

Sales have slowed recently. These are luxury goods, and the tourist industry has been nonexistent for most of 2020.

“My sales have really dropped, there’s no question. Because this is not an item that people, at this point, are really concerned about,” she said.

She thinks it will be a year or so before the market for her wares rebounds. But that’s OK. Heritage Furs may be a business, but Malutin is more concerned with preserving the art of sewing furs than with making money.

That means passing the craft on to the next generation.

For years now, Malutin has been part of Alutiiq Week in the villages, where children learn the traditional crafts of their ancestors. It started in Akhiok, but has spread to other villages.

Malutin comes to teach sewing. Others teach carving and beading. One of her favorite things is seeing how naturally the crafts seem to come to the kids, like they’ve been taught before, even though it's their first time. She sees cultural memory at work when, say, one of the boys carves a mask for the first time.

“Memory is part of what you inherit as well,” Malutin said. “Those boys who did that carving just automatically created the masks, just out of their own insight. They were just amazing, how they naturally did that. And the girls too, with the sewing and color selections.”

She tells the kids that even if they never carve another mask, or sew another hat, that culture will be with them.

“Whatever you do, whether it’s your job, your relationships, your school, you’re going to always take a part of that culture with you,” Malutin said.

Christmas tree harvesting is a fun and safe holiday activity

There’s a limit of one tree to a household, and harvested trees can be no more than 15 feet high. There is no fee or permit required for harvesting a Christmas tree.

In the search for a Fairbanks police chief, NAACP wants to play a part

“The new police chief should be empathetic to the needs of the people who can't necessarily speak for themselves,” Helenmarie Matesi said.

Tok-based troopers responded to the scene and determined Thompson was intoxicated. He was arrested on charges of DUI, weapons misconduct, impersonating a peace officer and three counts of felony third-degree assault, according to troopers.