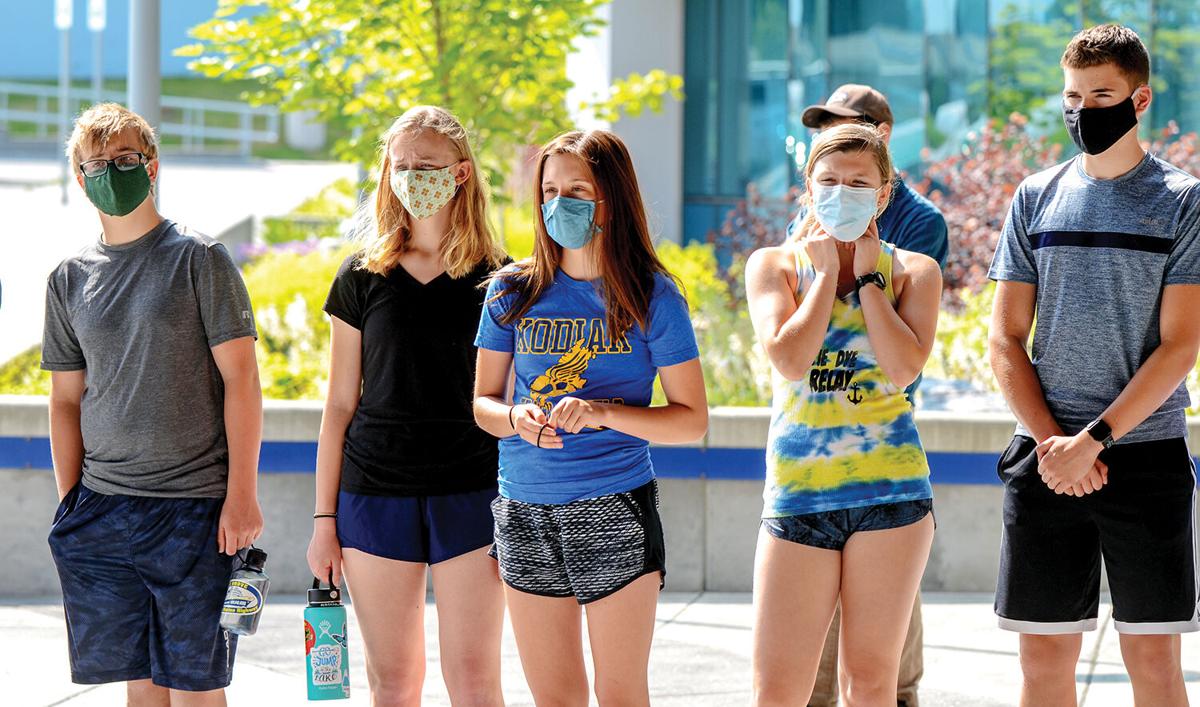 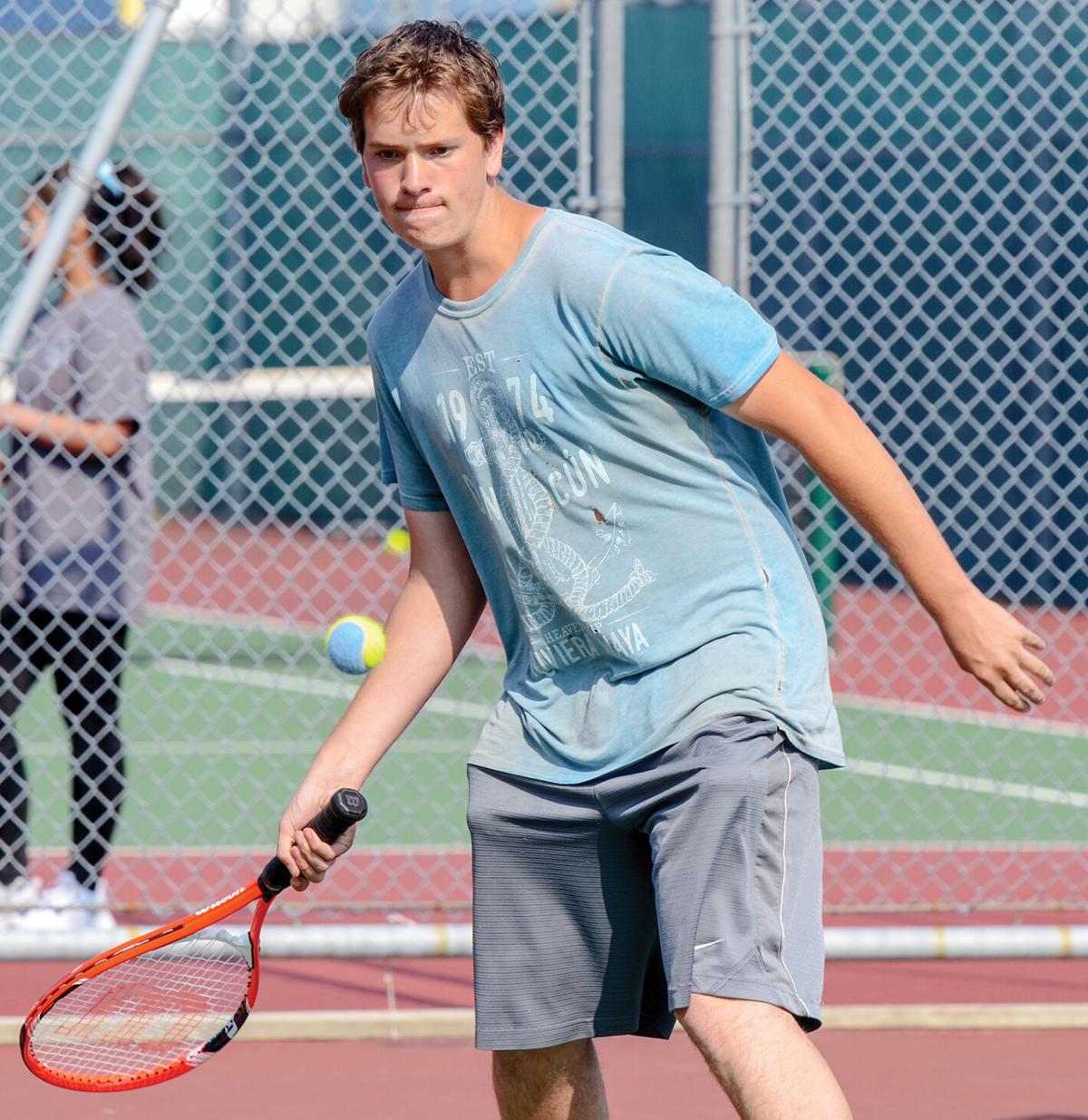 Prep sports has returned to The Rock.

For the first time since the COVID-19 pandemic halted Alaska high school sports in mid-March, athletes and coaches in three sports held official practices on Wednesday.

The Kodiak High School cross country team met outside the high school before scattering off for a trail run, the tennis team volleyed at Baranof Park and the football team conducted drills at Woody Way Field.

All three shared one thing in common: Enthusiastic participants.

“It’s great getting outside with the team again and getting to enjoy the wonderful weather we are having,” said Jackson Roberts, a rising senior on the cross country team. “It is definitely good for Kodiak to see, that even with the challenges that we are facing, we are still able to push through — even if we are wearing masks.”

Behind all the masks were smiles.

Part of the district’s return-to-sports mitigation plan, participants are encouraged to wear cloth face coverings when not engaged in an activity.

While Mortenson was going over her first-day-of-practice message, her assistants took the temperatures of athletes and asked them COVID-19 questions — protocols the district is asking all coaches to do before each practice.

“It is necessary to ensure the safety of the team and insure that this can continue,” Roberts said.

Roberts, who solo trained after the track season was canceled, had doubts his senior cross country season would happen as COVID-19 cases increased into the summer.

While other regions in the state have high case counts, Kodiak has only recorded 19 cases since April, which paved the way for sports to start on the Alaska School Activities Association’s fall opener.

“We want to practice every day this season — that is our goal,” Mortenson told the team.

“While we recognize the physical and mental benefits of participation in prep sports and activities, we have a public responsibility to weigh these benefits against the need to protect students and coaches from the increasing risk of exposure in our community,” school officials said in a statement.

The district said it would determine whether sports can begin on Aug. 20 — the first day of school for Anchorage students — based on the risk level.

Since most Kodiak teams do not play schools based in Anchorage, Debbie Rohrer, the Kodiak Island Borough School District activities director, said Anchorage School District’s decision to delay fall sports should not impact the Bears.

The Kodiak football team is not scheduled to play an Anchorage team until Oct. 2 when it travels to Eagle River for a Northern Lights Conference game. Kodiak’s volleyball team is slated to attend a tournament at Dimond at the end of October.

Rohrer said she is waiting for updates on what the Mat-Su Borough School District’s approach to fall sports is. Kodiak volleyball, tennis and swimming share a conference with Wasilla, Palmer and Colony, all of which are in the Mat-Su district.

Wednesday’s official practices were the first for Kodiak students since the Alaska School Activities Association ended spring sports on March 23.

The football team is set to host the first game of the fall season against North Pole on Aug. 21 or 22.

Anchorage residents made up more than half of the new resident cases. Six Fairbanks North Star Borough residents were also included in today's resident case count.

Plan underway to invite some students back to school in September

The school board met via the online platform Zoom on Monday, the same day that hundreds of teachers returned to work at the Fairbanks North Star Borough School District. Classes start online next week.

Steve Branch, 66, of Austin, Arkansas was identified as a suspect in May of this year through the use of forensic genealogy, a technique that uses public genealogy databases to find potential matches to DNA collected at crime scenes.