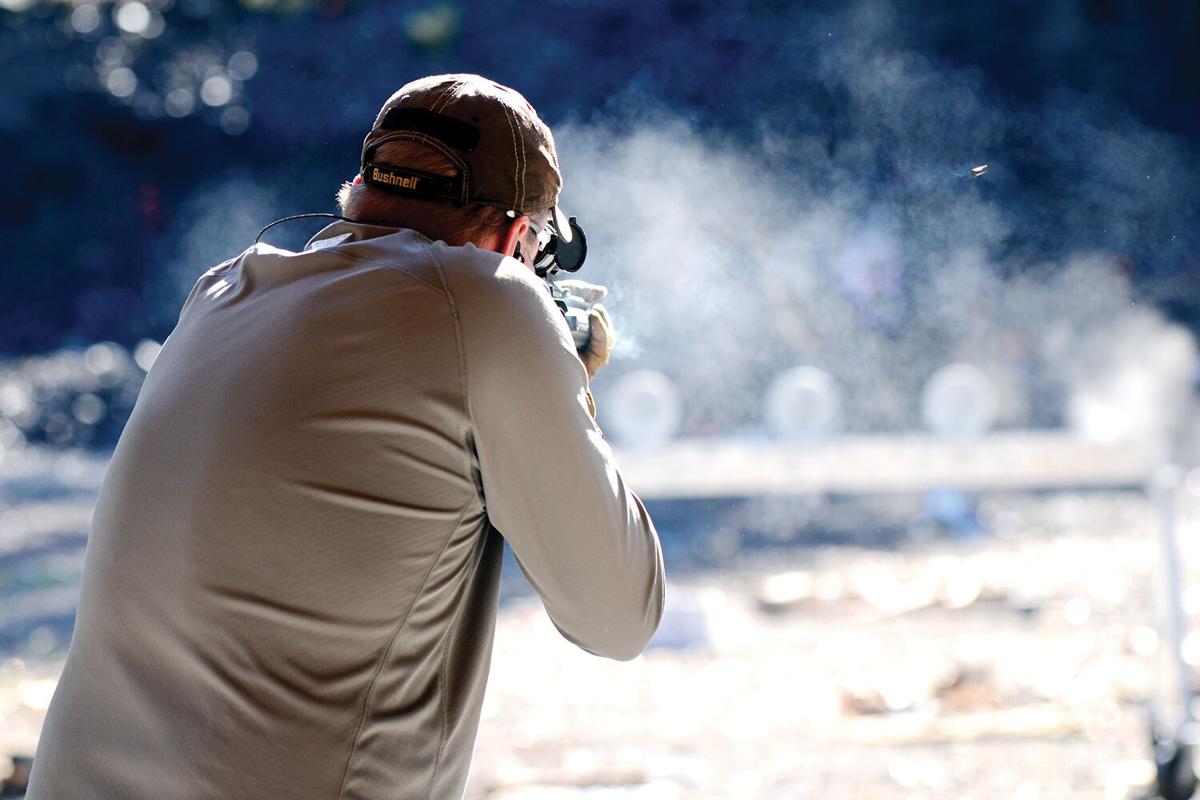 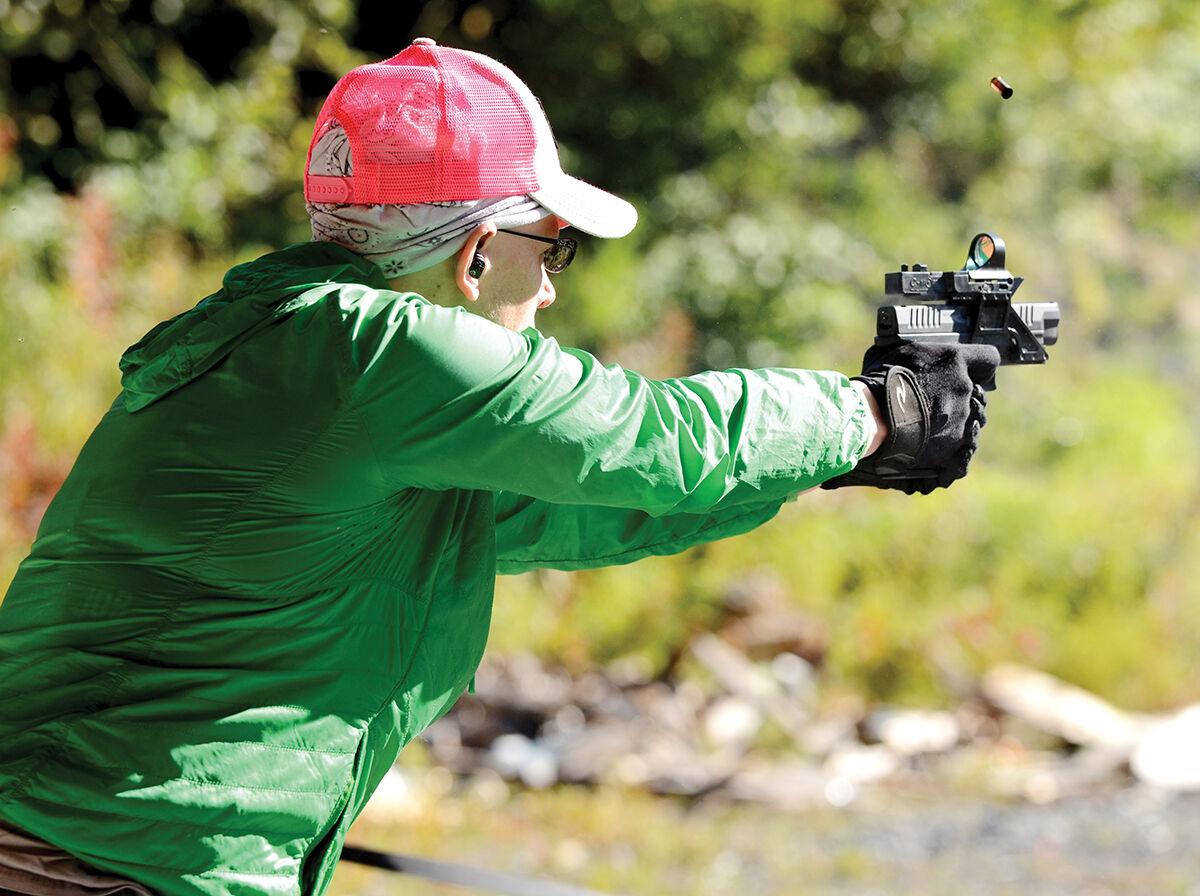 In less than 3 seconds, Stan Radeski had shot down six steel plates, leaving nothing but ammo shells flying through the air and smoke in the air.

Impressive. But, he was shooting in front of a tough crowd at the Salonie Creek Rifle Range.

“That’s awesome and way better than what I could do, and that is slow,” said Ryan Kitka, who manned the stopwatch for Radeski’s round during the first 50/50 steel plate match of the season on Saturday.

“Most people like seeing how fast they can go,” said Radeski, the event’s organizer. “Everybody wants to be Jerry Miculek.”

For those not shooting savvy, Miculek is a 66-year-old American speed shooter who holds 20 world records, including firing eight shots at two targets in 1.06 seconds.

There was nobody of that caliber at Saturday’s shoot, but the participants were still quick at the draw.

Since Radeski was the organizer, his time of under 3 seconds was unofficial. The official win went to Velma Vinning, as she dropped the six targets — stationed 12 yards away — in 3.63 seconds with a rimfire pistol.

Vinning is a veteran on Kodiak’s shooting circuit and enjoys learning through competing in matches.

“Matches improve the quality of the shooter because not only do you come and practice your skill, but you come to ranges where you meet like-minded people who operate their firearms safely,” she said.

The key to being a fast shooter is slow and smooth, according to Radeski.

“Everybody in the shooting community says it,” he said. “You start out very slow and build your foundation.”

With enough practice, the speed comes.

Before relocating to The Rock a year ago, Radeski worked at a large Texas range that hosted multi-day shooting events that drew more than 200 participants.

As a board member of the Kodiak Island Sportsmen’s Association, he would like to see the island’s shooting community grow. He plans to do the 50/50 steel plate matches quarterly, with have the proceeds going to the winner and the other half going to KISA.

“The more we raise, the more we able to put back into making even more upgrades,” Radeski said.

According to Vinning, the Monashka indoor range is currently out of commission while the ventilation system gets repaired. If the repairs are finished, she said weekly indoor steel plate matches could start in October.

“It’s a great sport for the wintertime,” Vinning said. “It’s a warm range and a comfortable place to be.”

“We face great challenges as a nation. We must redouble our efforts to work through our differences and seek common ground, to put the divisiveness and turmoil of the last few months behind us, and move forward with respect, optimism, and hope.”

Biden to slam brakes on oil drilling in Arctic refuge

Biden’s move to slam the brakes on drilling in the northeast Alaska refuge is among a list of actions the new president is expected to immediately take to undo his predecessor’s legacy.

Biden becomes the 46th president, vowing to heal and unite a nation in crisis

WASHINGTON — Joseph Robinette Biden Jr. was inaugurated as the 46th president of the United States Wednesday, just hours after his predecessor left the White House, clearing the way for a beleaguered nation to turn the page on one of the most divisive chapters in its political history.