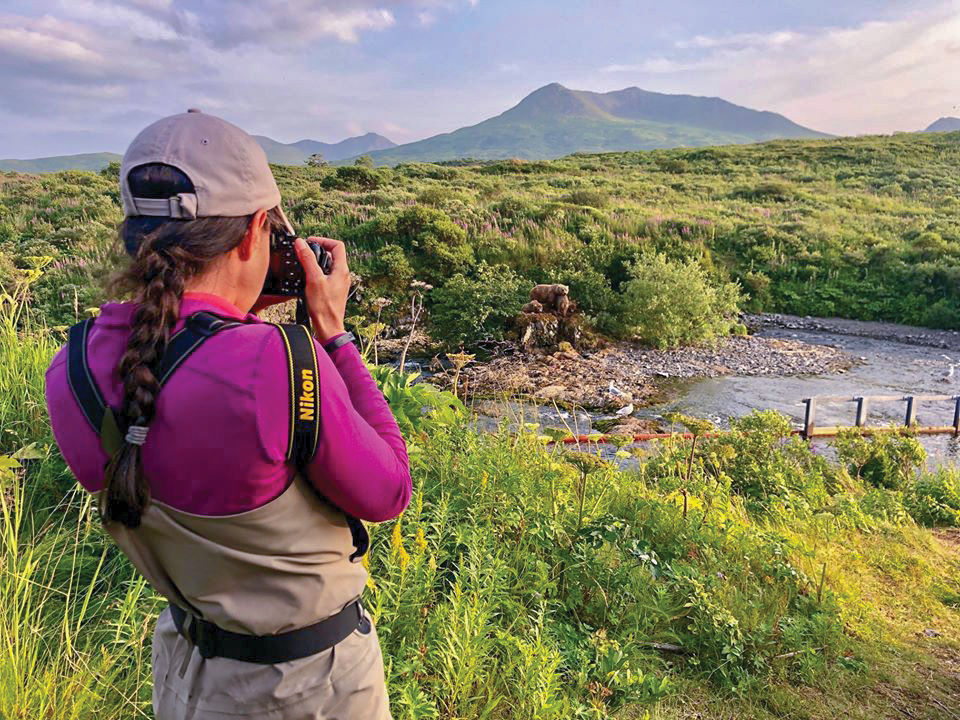 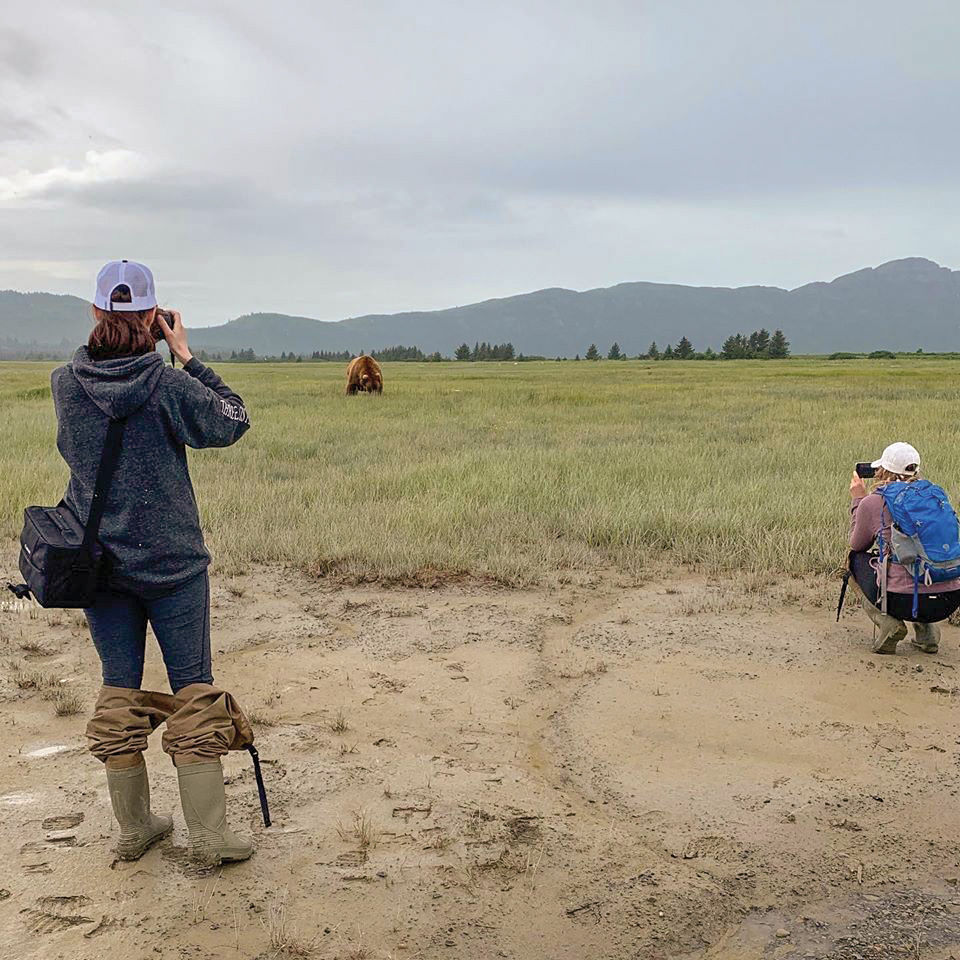 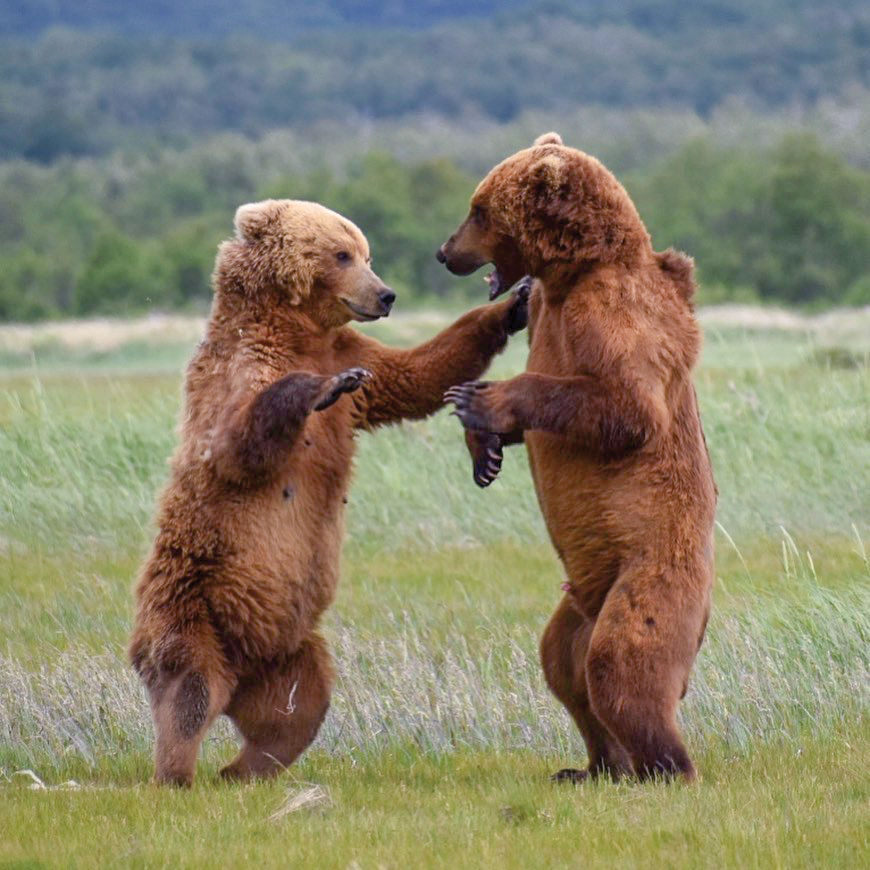 Before starting Kodiak Island Expeditions, Jennifer Culbertson was a park ranger in Alaska for 24 years. She worked all over Alaska: Denali, Glacier Bay, Togiak, Wood-Tikchik and, at the end, Fort Abercrombie State Historical Park on Kodiak Island.

Her final posting, however, was more about law enforcement and less about showing people the wonders of Alaska.

“What I’d enjoyed about being a park ranger was educating people about their resources,” she said. “Helping people navigate the wilderness, helping them if they’re in trouble and then educating. So guiding kind of fits that criteria beautifully.”

Culbertson left the ranger service and started Kodiak Island Expeditions, a guide service. She’s been showing locals and tourists alike around this part of the world ever since.

Last year, her husband William Fulton joined the operation to fly the planes and help with guiding.

They also operate Kodiak Air Service, which offers point-to-point air charters, flights to lodges and any other small flight need. It’s also allowed them to offer better service on the expedition side to those who want to go on guided tours of the region.

The biggest part of the expedition service is introducing people to this area’s biggest resident: the bears that crowd the rivers and beaches on Kodiak and in Katmai National Park in the summer.

Culbertson said their most requested trip is bear viewing in Katmai. The plane trolls the beaches of the park in search of bears, and touches down when they find them.

“Right now it’s Hallo Bay, but it will move to other areas as the bears transition from eating sedges to fishing,” she said.

They also do flights to Brooks Camp in the heart of Katmai, a famous bear viewing site, and around Kodiak. She said the tours help her guests start to understand an often misunderstood animal.

“Bears are incredibly intelligent and sensitive animals. They’re very astute to our behavior and our confidence level. They react to us the way we treat them,” she said.

“So a person who is incredibly fearful of a bear might get the same reaction from them … Ironically, the people who are most afraid of bears are Alaskans, especially rural Alaskans. People have these preconceived notions that they are violent, predatory animals that will sneak up and try to catch you or eat your children,” she said.

Bears are quite afraid of humans. They really only go near people when food is around. Bears must eat constantly during the summer months to store up the fat needed for winter. An average bear will pack on 300 pounds in a summer, Culbertson said.

“It’s not an aggressive predatory thing they’re doing, They’re just trying to find food the easiest way possible,” she said. “They’re beautifully designed to live here. But then you throw a peanut butter and jelly sandwich in the mix and we’re going to have problems.”

The differences between bear behavior on Katmai and Kodiak is illustrative of their intelligence and relationship with humans too. Hunting bears is legal on Kodiak, but not in Katmai. That makes bears much harder to find here on the island.

By the time they’ve reached that age, they’ve learned to flee people. In Katmai, on the other hand, people are just part of the background, she said.

Beyond bears, Culbertson offers hikes around volcanic calderas in Katmai, alpine hiking, float trips and more. This season has been challenging, with all the COVID-19-related restrictions on travel, since many of her clients come from the lower 48 or abroad.

But that’s opened up more time to take locals out, she said.

“I just encourage people, especially if they’re afraid of bears, to go on one of these bear views,” she said. “You’d be amazed what you’ll learn about bears in a short amount of time … Get out and enjoy your backyard this summer.”

Inside the world of indie gaming with developer Stuffed Wombat

Stuffed Wombat, an Austrian independent game developer active on Newgrounds, itch.io and Steam, exists in a loosely defined subculture of the indie game sector. He is among the ranks of (usually solo) developers with a degree of renown that release games frequently and use Twitter as a platform for audience interaction — a surprisingly populous and vibrant community within the larger scope of the indie scene.

“Honestly I’ve had more election support and volunteers than I’ve ever had before. Folks are just coming together during tough times and helping each other out,” Johnson said earlier this week.