We've made this article available without a subscription as a public service. 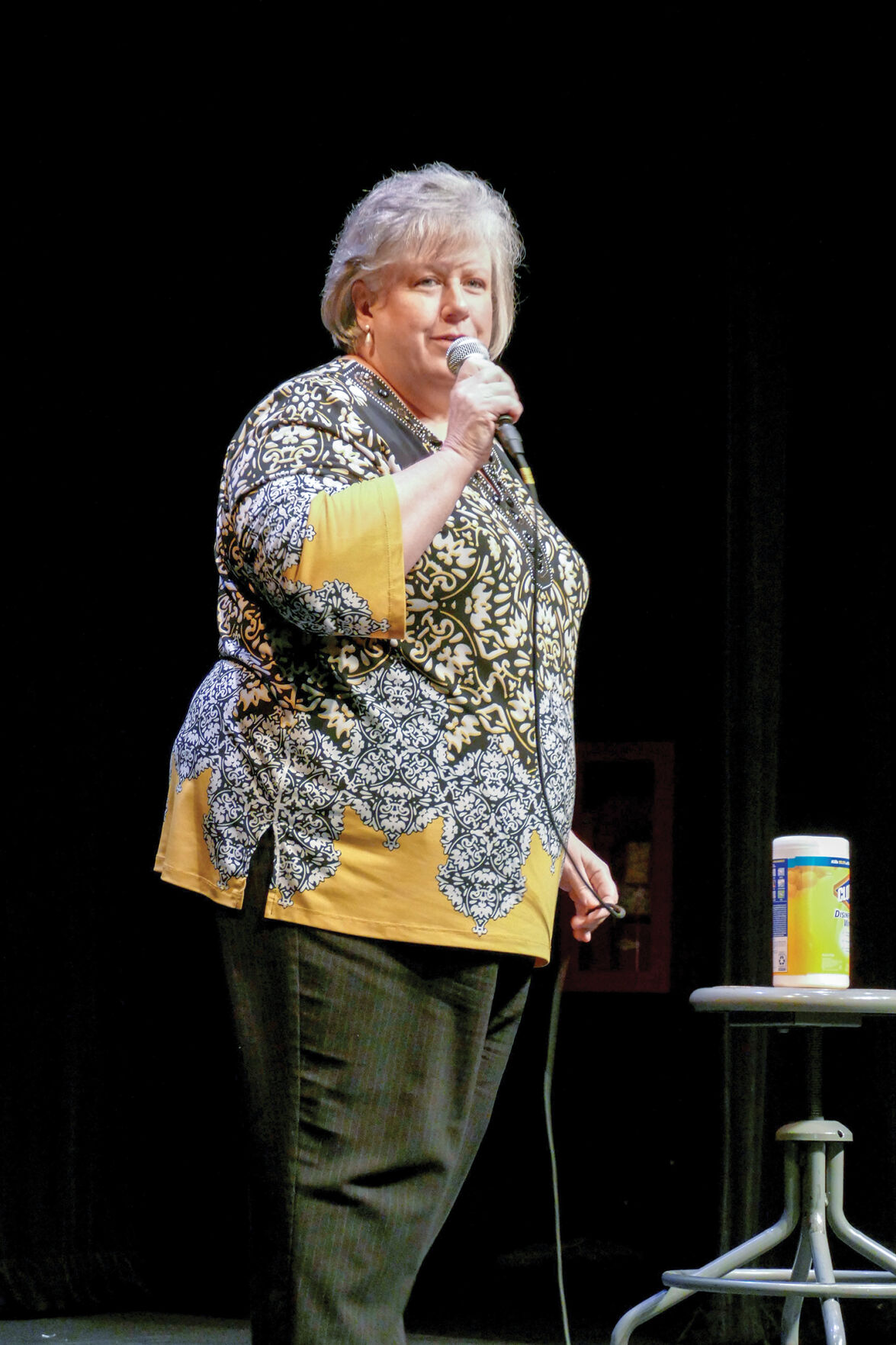 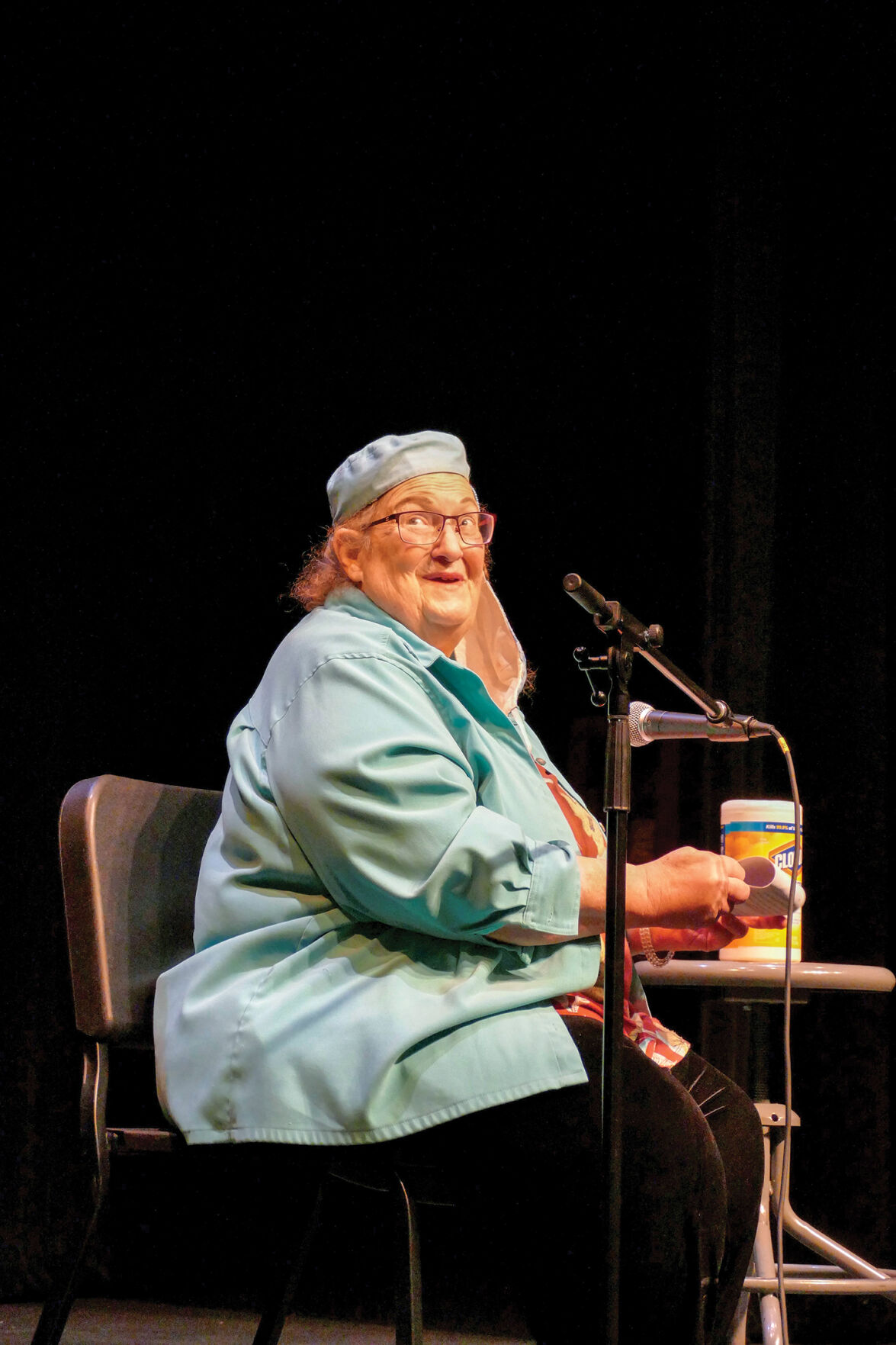 Standing in front of his computer in Uruguay, Tavis Davidson talked about summers spent picking berries in the Kodiak woods.

Sven Haakanson Jr. Zoomed in from Seattle to tell stories about the dark days of famine for Alutiiq people after colonization.

It wasn’t what Galley Tables usually is, but very little about 2020 is what it usually is.

The community storytelling event usually draws hundreds of Kodiakans to the downtown Convention Center to hear stories from their neighbors and friends.

This year, like so many other events and gatherings, Galley Tables has gone remote. It’s been hard to capture the same spirit without a live audience, organizers say, but there have been upsides too, like hearing stories from former Kodiak residents who have moved elsewhere.

In the first episode in October, tellers gathered at the drama pod in the Gerald C. Wilson Auditorium and the stories were live-streamed over Facebook and on KMXT. In the second, held on Nov. 13, the whole thing was over Zoom.

There wasn’t really a live audience either time. That’s been hard for the people sharing stories, said Brianna Cooper, one of Galley Tables founders.

“Galley Tables audiences are always the best audiences,” she said.

“They’re very welcoming and forgiving, and they were there with you, in your story: the ‘oohs,’ the ‘ahhs,’ the gasps. It’s magic when it’s in person.”

Without them, some of that magic is missing. At first, the event’s organizers wondered if it was even worth having a season at all. But they decided that Kodiak might need something like Galley Tables this winter.

“COVID has made all of us feel so disconnected, and the whole point of Galley Tables is to bring the community together,” Cooper said.

“So we knew we had to do it in some form, and hoped that the audience would be flexible and gracious with us.”

And with the new format, there are other opportunities for magic. In the first, praise flooded the comments section of the Facebook stream, this year’s version of applause. In the second, storytellers could tell their tales from anywhere on the globe.

Recruiting storytellers is never easy. Everyone wants to be in the audience, but fewer are willing to step on stage. Given the unique format of the second episode, organizers were able to cast the net a little wider.

Davidson, for instance, grew up in Kodiak. Haakanson did too. Bartel’s husband is in the Coast Guard and was recently transferred away.

Ivy Ivanoff, who now lives in Anchorage, reached out wondering if she could tell a story remotely, Cooper said. Others, like Hannah Gordon and Shelly Lawson, told stories from their couches in Kodiak.

Cooper and the other organizers aren’t sure what the format will be going forward. Part of the reason for doing the most recent event over Zoom, rather than livestreamed over Facebook, was because the school district buildings were closed, as students had gone online for two weeks.

The next show is Dec. 15. The theme is “Hindsight 2020.” Organizers haven’t decided on the format, and now schools are back open, so doing the shows at the high school is possible again. They’re also taking each month one at a time, instead of releasing the whole schedule ahead of time.

Regardless of how it will look, Galley Tables needs more tellers for the show to go on. And veterans say the stage, whether it’s at the convention center, the drama pod or the living room, isn’t as scary as it looks.

“Everyone who has told a story, they have always felt glad that they did it. Their fears about being on stage or being recorded, they said it didn’t matter,” Cooper, who has told a few stories herself, said.

“They said it was just a really rewarding experience.”

The decision effectively ends, in the short-term, the development of a major mine near the headwaters of Alaska's rich Bristol Bay salmon fishery.

Some students are excelling under the remote learning model, while many students are feeling isolated and are falling behind, according to comments from survey takers.

Big hike in virus fatalities while ventilator use also ticks up

The state logged 583 new virus cases with 20 of those in the Fairbanks North Star Borough, the report stated.