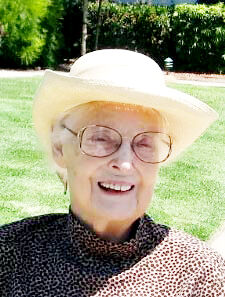 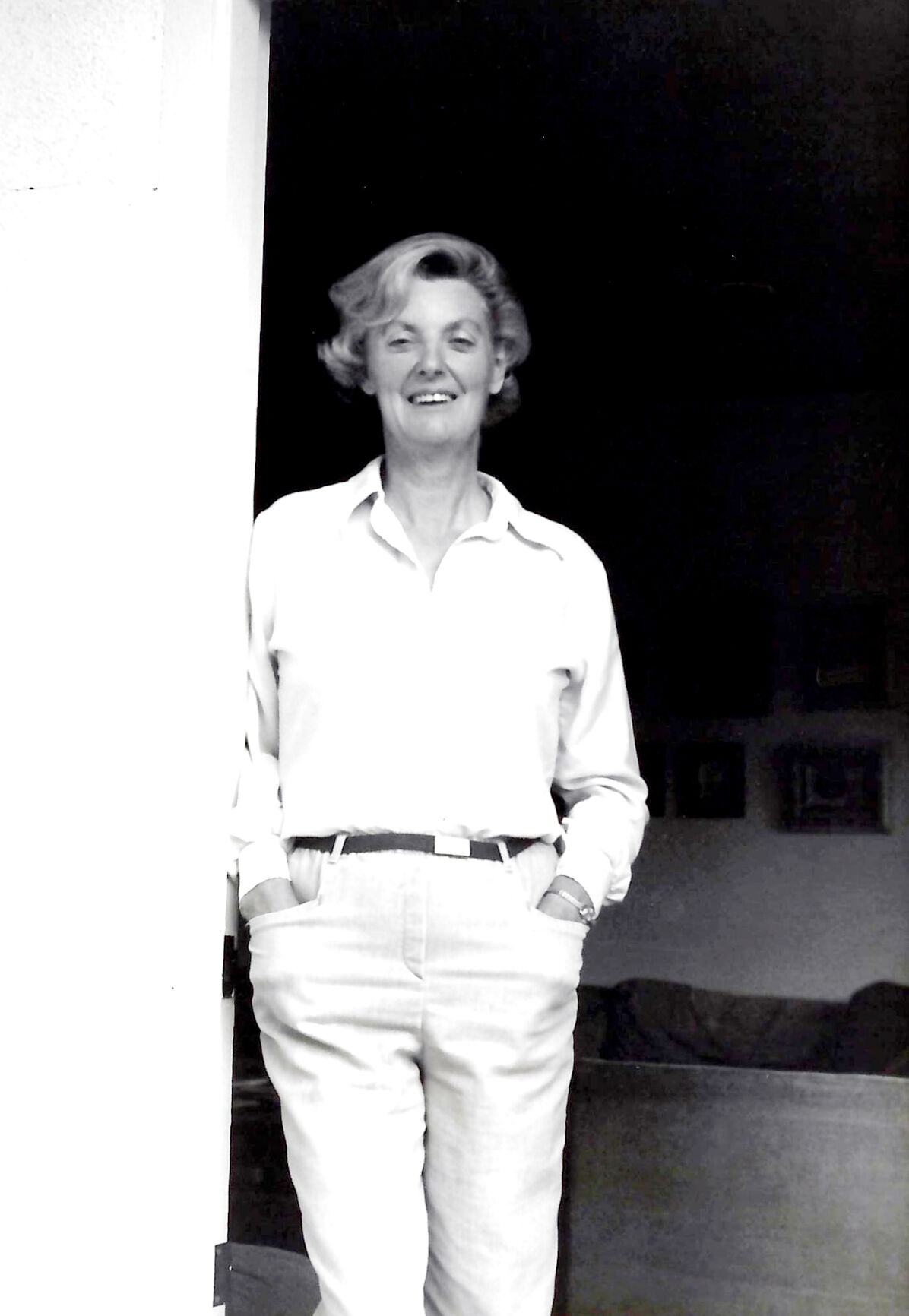 Audrey Elizabeth Martinson died peacefully of natural causes on the evening of May 18, 2020 at Valle Verde in Santa Barbara, California. Audrey had a wry sense of humor, a keen intellect, and was known for her love of dogs, horses and natural beauty.

She was born Audrey Elizabeth Tope on July 7, 1923 in Hampshire, England, to Wilfred S. Tope (later Major-General) and Doreen A. W. Tope, nee Jollye. Audrey and her sister Deb spent much of their youth with their grandfather, a country doctor, in the village of Alresford. She left school at the outset of World War II.

Audrey married American infantry officer Walter O. Kraft in 1945 and moved with him to Kodiak in 1946, where the couple had eight surviving children. The family relocated to Palm Springs, California, in 1969. Audrey moved the family to Santa Barbara in 1972 where she married her second husband, Trevor J. Martinson, and acquired the house that was her home for the rest of her life.

In addition to raising children, Audrey was involved in many good causes, including volunteering at Cottage Hospital and serving on the UCSB Board of Regents. She was frequently seen riding her Arabian, Rabzadi, on Hope Ranch trails and at the beach.

Audrey married Robert C. Snyder in 1989. They enjoyed each other’s company and traveled extensively together by car. He passed away in 2000. Audrey was a weekly regular at Vices & Spices on State Street and a long-time student at SBCC Adult Ed where she studied memoir writing. Her beautiful garden was enjoyed by family, friends and a string of a dozen puppies that she loved to spoil.

In lieu of flowers, the family requests that donations be made in her name to the Humane Society of Santa Barbara or the Santa Barbara Adult Education Consortium. A memorial will be announced at a later date.