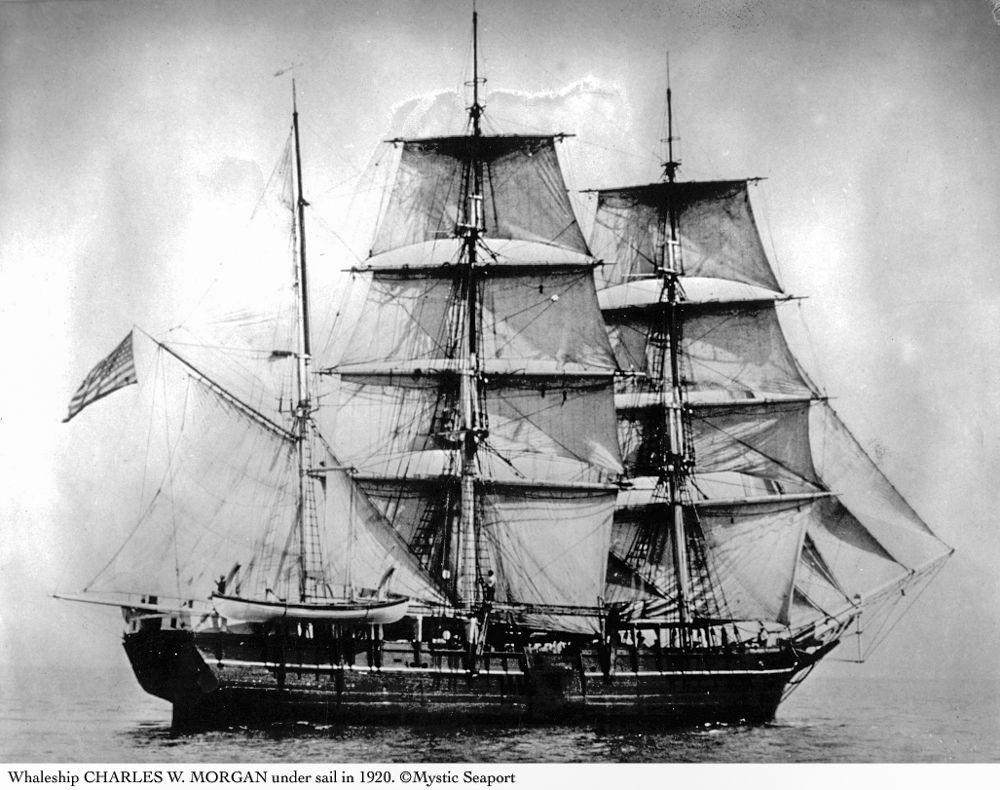 No photos exist of the Kad’yak, but the Charles W. Morgan, a sailing brig built in 1841 and pictured above, was of a similar size and rigging plan. 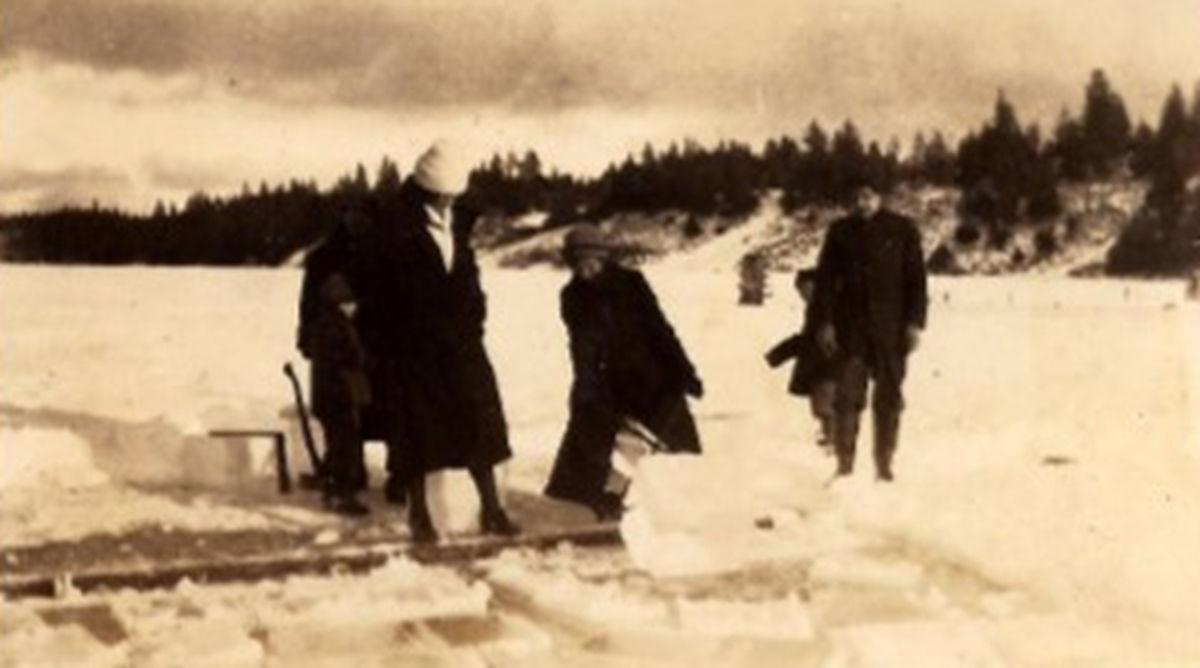 No photos exist of the Kad’yak, but the Charles W. Morgan, a sailing brig built in 1841 and pictured above, was of a similar size and rigging plan.

KODIAK — Most everyone in Kodiak knows that Alaska was colonized by Imperial Russia in the late 18th century, largely to harvest sea otter furs. Not as well-known is that ice from Woody Island was the last source of income for Russian America, and was tallied as a valuable asset when Alaska was sold to the US in 1867.

For decades, sea otter fur was the single most valuable resource in Russian America, mainly shipped to China to keep rich people there warm in the winter. The fur was traded for rice, paper, porcelain and tea, and the profits from the sale of these in London, Paris and New York helped keep the Russian Empire afloat and feed and maintain Russian America.

This three legged global trading system — sea otter furs to China, luxury goods from China to Europe and America, and people and supplies to Alaska — operated for about fifty years, from the establishment of the first Russian outpost in Three Saints Bay, just south of Old Harbor, in 1784, until the sea otters were hunted to commercial extinction in the 1830s.

Even in its best years, however, the Russian American colonial balance sheet was an accountant’s nightmare, and scholars have debated whether it ever operated in the black. With Native Alaskan men coerced into hunting sea otters rather than fishing or hunting edible marine mammals, the colony never produced enough food to feed itself, and every ounce of wheat to feed the colony had to be carried overland from European Russia to the Sea of Okhotsk, and then by ship to Unalaska, Kodiak and Sitka. It was not an efficient system.

Complicating this calculus was the fact that the sea otters, upon which the entire enterprise depended, began declining from the moment the Russians arrived and commenced slaughtering them.

In response to these systemic problems, Alexander Baranov, the first governor of Russian America, established an outpost at Fort Ross, California, in 1811, in part to raise beef and potatoes to feed his colony. However, due to mismanagement and an adverse climate, the venture never thrived.  Baranov also attempted a Hawaiian sandalwood trading operation on Kauai, but the man he sent to establish it got crosswise with King Kamehameha, and that too failed. Meanwhile, there were fewer sea otters every year, and the Russian American Company directors in St. Petersburg were endlessly unhappy about the lack of cash flowing from the Alaska colony and the money flowing out to run it.

One might wonder why the Russians did not sell some of the millions of salmon Alaska is rich with. Until the invention of hermetically sealed cans in the early 19th century, the only way to preserve salmon was by salting, drying or smoking it. The Russians utilized these methods on a limited scale and tried to develop markets in Spanish California, but the Spanish were not hungry for dried salmon. The Russians were also never able to garner the resources, financial or otherwise, to process salmon with the newly invented technology of hermetically sealed cans. The first salmon cannery in Alaska would be built instead by Americans, at Klawock, in 1878, eleven years after the Russians sold Alaska and all its salmon to the US.

In 1848, however, gold was discovered in California and the city of San Francisco rose from the huts of Yerba Buena, creating an instant market for ice to keep food fresh. Ice had been cut on New England ponds for decades by then, packed in sawdust to insulate it, and shipped to warmer climes all over the world. Henry Thoreau even mentions in “Walden,” how the ice cut in front of his cabin on Walden Pond in Massachusetts in the 1840s was shipped to British India, where “the pure Walden water is mingled with the sacred water of the Ganges.”

Initially, San Francisco’s ice also came from New England, carried 13,000 miles around Cape Horn in ships, but it was apparent to everyone that it would be cheaper and last longer if it came from somewhere closer. The Russians set about making Alaska that nearer place.

The first shipment of Russian American ice to San Francisco was in 1852, a 250-ton boat load from Sitka which sold for $75 a ton, worth roughly $600,000 in 2019 dollars. A year later the Russians contracted to supply 1,000 tons a year at $35 a ton, worth $1.1 million in today’s dollars. Encouraged by these numbers, the Russians bought a ship in Germany, renamed it the Kad’yak, sailed it around Cape Horn, putting it in service hauling ice from Alaska to California.

Winters were mild and the ice uncertain in Sitka, so the Russians built a dam to enlarge Tanignak Lake on Woody Island, a mile from the town of Kodiak, and began shipping ice from there to California in 1855. At its peak in the late 1850s, Woody Island produced 6,000 tons of ice a winter for markets in California, Hawaii, Mexico and South America.

Ice was an inexhaustible Alaska resource, but the Russian American ice business was even briefer than the Alaska sea otter trade. Ice from the High Sierras undercut the initial high prices almost immediately, and the Kad’yak sank in 1860 after hitting a rock off Long Island, just east of Kodiak. New ice making technology was on the horizon as well, and would soon replace “natural” pond ice. By 1867, with the sea otters gone, Fort Ross and the Kauai long abandoned, and the ice business evaporating, the Russians opened negotiations to sell their unprofitable colony to the US.

The nearly final price for Alaska was $7 million, but at the last minute the Russian Ambassador Baron de Stoeckl held out for another $200,000 for the Woody Island ice operation, and U.S. Secretary of State William Seward agreed, for a final price of $7.2 million.

The Americans took over the ice cutting on Woody Island; the last ice was shipped from Tanignak Lake in 1880. The ice storage warehouse the Russians built there is long gone, but the wreck of the Kad’yak was re-discovered in 2003 on the bottom of Icon Bay on Spruce Island, anchors and cannonballs strewn amongst the kelp, a silent monument to the last attempt to make Russian America profitable.

“The Ship, the Saint, and the Sailor,” Brad Stevens, Alaska Northwest Books, 2018