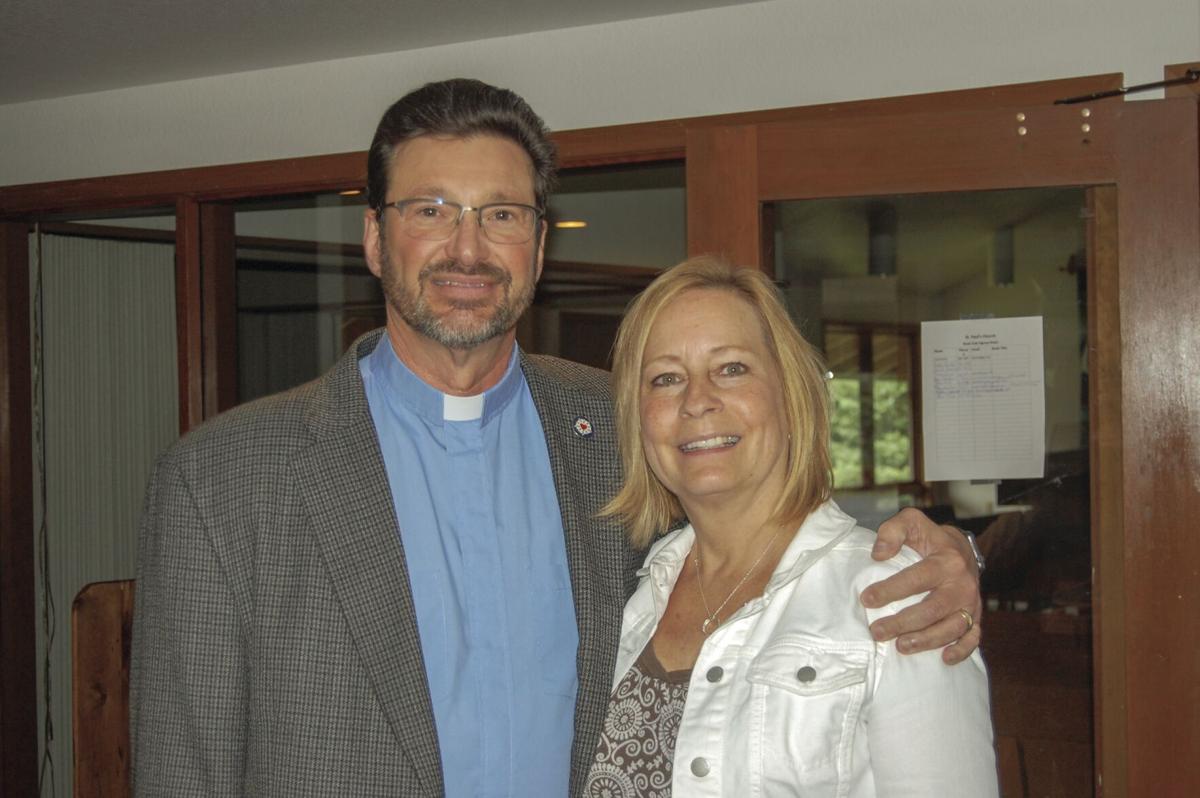 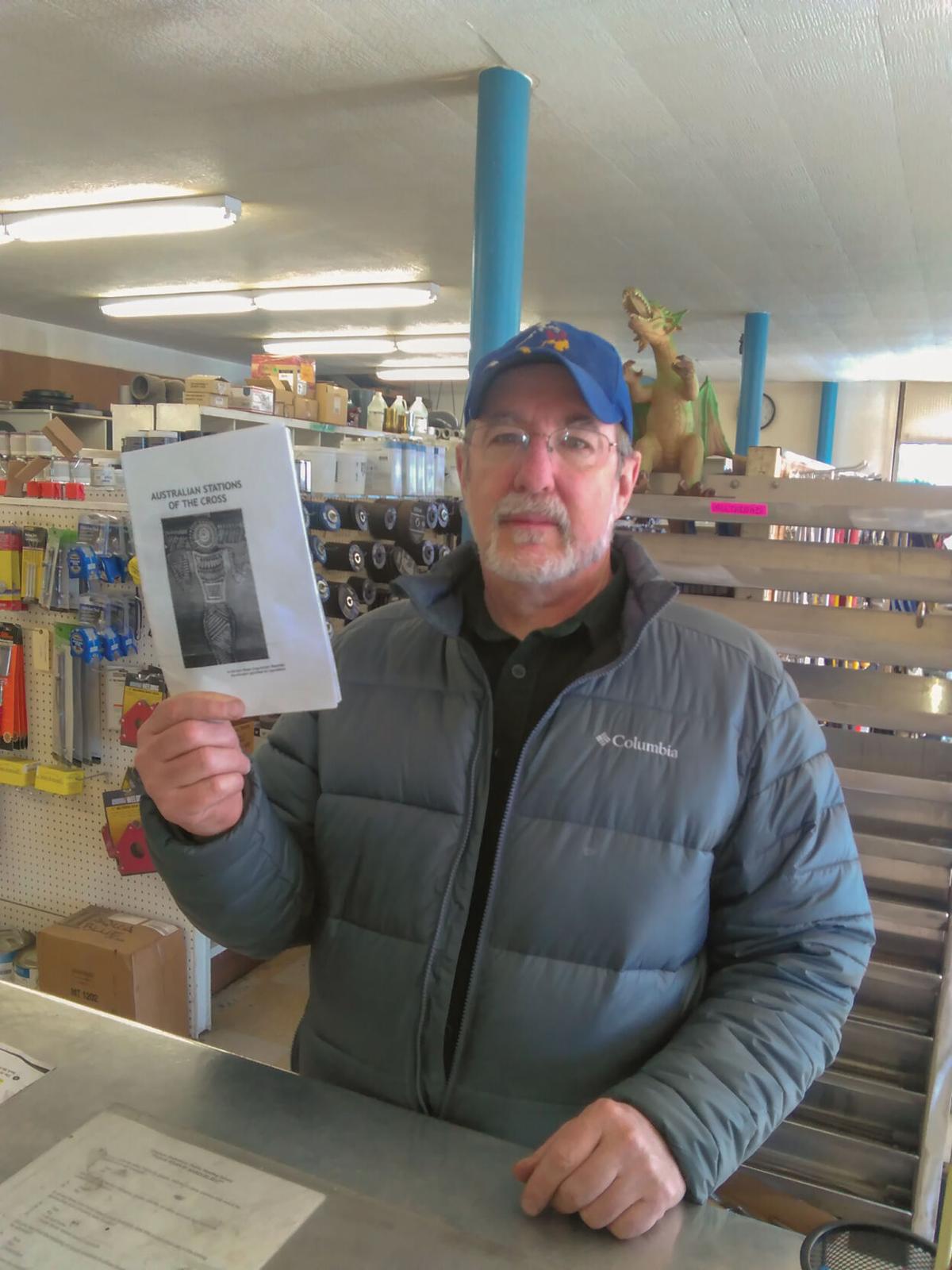 Parishioners at St. Paul Lutheran and St. Mary’s Catholic Churches will be looking for spiritual leaders to replace departing shepherds.

Fr. Frank Reitter, parish priest of St. Mary’s, is now serving a Catholic Church in Ketchikan, and Rev. Mark Behenna of St. Paul, and his wife Jessica, will be heading to Albuquerque, New Mexico, at the end of the month. There, Mark will pastor Faith Lutheran Church. The Behennas have family in Albuquerque.

Reitter and the Behennas will be greatly missed by the people of Kodiak, and, undoubtedly, they will miss Kodiak.

“What we’ll miss first is the people,” said Behenna.

“This is a marvelous community that reaches out to one another across all kinds of lines that people won’t cross in much of American society, such as denominational lines, neighborhood lines, economic lines. This is a wonderful place where people take care of one another. I’ll miss that most of all.”

Behenna noted that neighbors know and care for each other in Kodiak.

“The place is a little piece of Heaven,” he said.

Behenna said he hopes to spread Kodiak’s caring spirit to those he serves in New Mexico.

Reitter said he will miss the people of Kodiak, and that he appreciates the various community organizations. The teaching staff at St. Mary’s Catholic School, which Reitter was involved with, “was absolutely awesome,” said Reitter. “They were tremendous.”

One of Reitter’s highlights in Kodiak was officiating at a wedding of three couples.

“That was tremendous,” he said.

Reitter he said enjoyed the Crab Festival, which is “a good thing for the community.”

While serving here, Reitter took a trip to the Philippines to learn more about the culture of many of his Kodiak parishioners.

Throughout his time in the priesthood, Reitter has worked in diverse places and has learned to adapt.

His first assignment was a parish in Van Buren, Maine, a poor town with a “wonderful, good, hard-working people,” he said.

Next he was a teacher and basketball and baseball coach at Notre Dame High School in Detroit.

After that, he went to a Sioux Indian reservation in South Dakota.

During his first week in South Dakota, Reitter joined the softball team and fire department.

He became an official pipe carrier and participated in many rituals. Reitter also worked in Australia and Jamaica.

In Alaska, he was a circuit priest, tending to parishes without a resident priest.

He worked at the Brother Francis Shelter and was a chaplain at Covenant House, where street kids come for emergency housing.

Reitter also served as parish priest at Our Lady of Perpetual Health in Soldotna and St. Frances Xavier Catholic parish in Valdez.

The Behennas moved to Kodiak from Bloomfield Hills, Michigan, where Mark had been a pastor.

Prior to entering the ministry, Behenna was an engineer for the United States Air Force and worked under presidents Gerald Ford and Jimmy Carter.

He installed the first fax machine in the White House.

Behenna accompanied President Carter on various trips, and was at Camp David for the Camp David Accords with Egyptian President Anwar Sadat and for visits from Pope John Paul.

After retiring from the military, Behenna attended a Lutheran seminary in Gettysburg, Pennsylvania.

Before coming to Kodiak, he served congregations in Mount Pleasant, Michigan, and Bloomfield Hills, Michigan.

Holding a degree in business administration, Jessica worked in a variety of full-time positions.

She was a contract specialist for a pharmaceutical house, was an executive for United Way of Central New Mexico, worked for a home health and hospice company, and worked for a large Presbyterian church in Bloomfield Hills.

The Behennas had a close connection to Kodiak long before they came here. Mark’s cousin, Todd Stallins, was a crew member on the St. Patrick, the scalloper that ran into 60- to 70-knot winds and 20-foot seas in early December 1981 near Marmot Island. The crew was ordered to jump overboard. Stallins and all but two of the crew perished in the icy waters.

Ironically, the floundering boat never capsized. The St. Patrick was towed to Womens Bay, where it was anchored until it sank

The Behennas learned more about Stallins and that fateful night after meeting Wally Thomas, one of the two survivors in the tragedy.

While in Kodiak, Jessica was a math coach for struggling students and administrator with the City Fire Department, and worked for Remax. Later, she was employed by the Kodiak Community Health Center.

Behenna thanked the people of Kodiak for “accepting us, for loving us, and  for making us feel at home. Kodiak will always be home for us.”

He gave a special thanks to his fellow Kodiak pastors for their support.

“Sometimes a pastor needs a pastor. It’s a marvelous revelation to have pastors of every stripe reach out to help you,” he said.

Brian Corter, president of the St. Paul congregation, said the Behennas will be missed.

In the days of COVID-19, Behenna “did really well to keep people connected and informed,” said Corter.

And COVID continues to determine the way things are done for the parish. A drive-by farewell to the Behennas is being planned for Tuesday evening, Sept. 29.